For over a century, people have puzzled over the identity of Jack the Ripper, one of the most vicious and notorious serial killers in history. Now, one man claims that he has been able to unmask the Ripper at last. 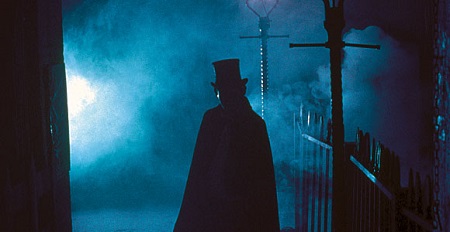 The man behind the grisly killing spree in London’s East End has been unveiled as Aaron Kosminkski, a 23-year-old Polish immigrant who ended up dying in an asylum.

A blood soaked shawl, purchased by author Russell Edwards, led to the breakthrough when a scientist matched DNA evidence left on it to descendants of Kosminski.

Mr Edwards, 48, from Barnet, north London, was “captivated” by the murder mystery and had been investigating it in his spare time, but had come to the conclusion it could never be solved.

But then in 2007 he saw a shawl found by the body of Catherine Eddowes, one of the Ripper’s victims, was up for sale.

He said the shawl had been taken by acting Sergeant Amos Simpson, who was on duty the night of Eddowes’s death and wanted it for his wife.

But horrified at the blood-soaked wrap, she never wore it, and it was stored away and passed down through the generations until it came to auction seven years ago.

Mr Edwards said: “Here I am with the shawl and possibly the evidence to solve the most unsolvable murder in English criminal history. But where do I start? That was the big question.

While the news is certainly exciting, there are a lot of reasons to remain cautious — for example, police did not list a shawl among Catherine Eddowes’ possessions, the provenance of the shawl is in doubt, Kosminski was considered the least likely suspect among police, mitochondrial DNA is not conclusive, the shawl has been handled by many, many, many people over the years, and the biggest red flag of all: this entire story came about in advance of a book about to hit the shelves for sale. If more peer reviewed research does prove that these men did in fact identify Jack the Ripper though, then this will be the forensic breakthrough of the century.