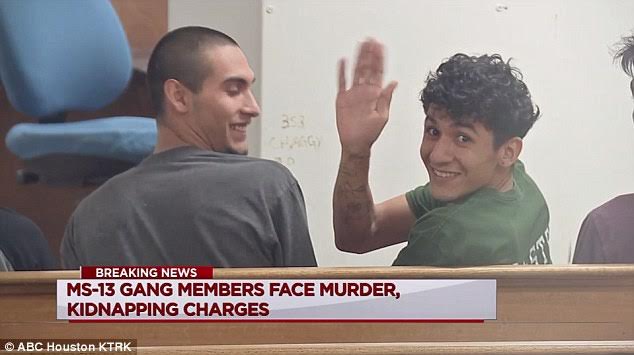 Miguel Alvarez-Flores, 22, and Diego Hernandez-Rivera, 18, are currently being charged in a horrific plot that included the kidnapping of a 14 year-old girl and brutally raping, assaulting, torturing and drugging her.The two men are illegal immigrants from the country of El Salvador, but at the time of the crimes they were living in the Houston area.

The leader of the Satanic gang called himself ‘Diabolical’. He kept a Satanic shrine in the home that was central to the gang activity. Information regarding just one of the attacks is described below.

According to the Daily Mail:[2]

Two illegal immigrant gang members from El Salvador who had a Satanic shrine in their Houston apartment are suspects in the killing of one teenager and the kidnapping of another, authorities said.

The MS-13 gang members laughed, smiled and waved in court.

Prosecutors said the two kidnapped a 14-year-old girl after she left school around February 2, holding her in an apartment where she was raped by a gang member.

Unfortunately this young girl was not the only victim. Likewise, she was considered lucky compared to others. She said later that she was held with another girl that was referred to as “Genesis.” This young woman was found later shot in the head and chest, dead, in the woods. Police are still trying to identify the body.

The gang has gained a lot of traction and crimes related to the gang are horrific and numerous. Thank goodness at least these men are being held responsible. 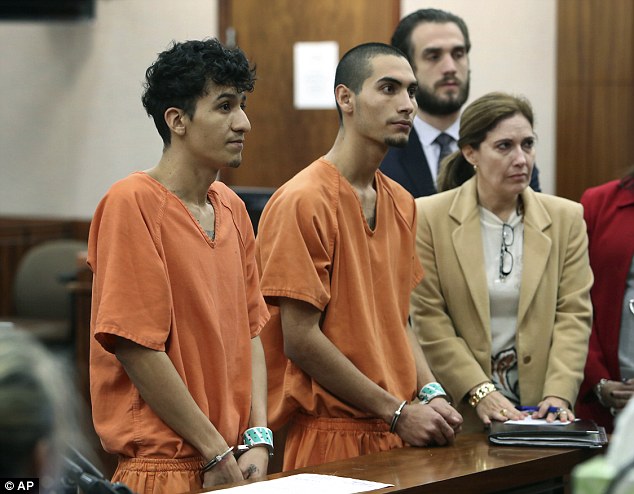