Immigrant Rapes Woman In Front Of Boyfriend, Tells Courts To Him She’s A Prostitute

This is what happens when you allow people to come into your country with no questions asked. This is the kind of violence that the United States is hoping to prevent or at the very least, minimize.

A Ghanaian asylum seeker is being accused of raping a 23 year-old German student and threatening to kill her boyfriend (who was forced to watch) if he tried to interfere. This was, of course, after he slashed open their tent with a machete and demanded that they hand over their valuables, which included a whopping six euros and a pair of wireless speakers. 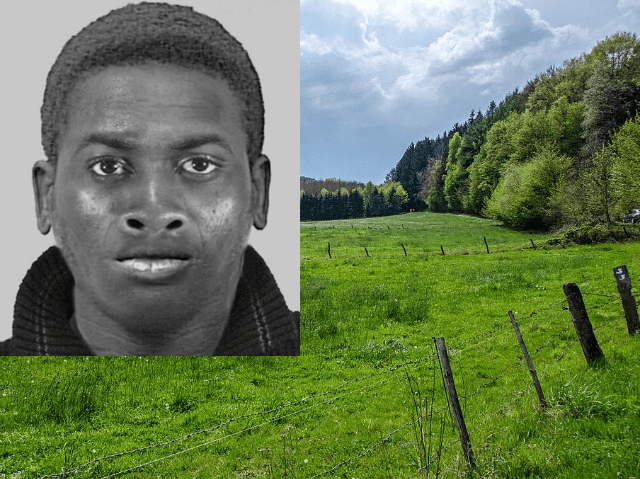 After stealing their belongings, he allegedly said (in English) “Come out, bitch. I wanna f*** you.” That is also when he threatened her 26 year-old boyfriend.

While in court, he bashed the victim and her boyfriend, who told local media that they are extremely traumatized by the attack. Against the advice of his lawyer, the migrant – known only as Eric X. – called the girl a “prostitute” and claimed that anyone who believes he raped her is “the dirtiest man on earth.”

“I do not understand why I should be silent about a case I don’t know anything about,” he said. ““If the court says that this is my DNA, then I must call the girl a prostitute. Anyone who supports this girl who claims she was raped is the dirtiest man on earth.”

He also launched into a “long-winded story” about his life in Ghana and how he was treated like a King among the people.

“He had a lot of money and was very well known. In Ghana, a king can have as many women as he wants, if he can take care of them,” he told the court. (If your life was so great in Ghana, go back. You seriously aren’t doing anyone any favors by living in Germany and sexually assaulting the women there.)

It turns out this entire attack could have been avoided, as Eric X. could have been deported at any time since March 17th. Just 10 days before the brutal attack on this young woman, the migrant was told that he would be deported back to Italy, where he first filed an asylum claim.

If there is any justice in the world, this man will be jailed for the rest of his life, or deported back to Ghana. Or some combination of the two. I’m not picky as long as this piece of garbage suffers.

This is not the first time that an African asylum seeker has sexually assaulted a German woman. On September 14th, Breitbart tweeted out an article that had been written regarding the arrest of four African men who were accused of gang-raping a 56 year-old German lady.

They also released a disturbing report indicating that migrant-related rapes are through the roof in Germany, threatening every woman, young and old, in the country.

Migrant Rape Attacks Up 91 Per Cent in Bavaria, Germany https://t.co/BysCJP4ecl[4]