Is this the dumbest thief ever? Man gets head stuck between window bars while trying to flee police

He’s Chinese. And no, it wasn’t a fire drill – Chinese fire drills actually come off with less failure than this. 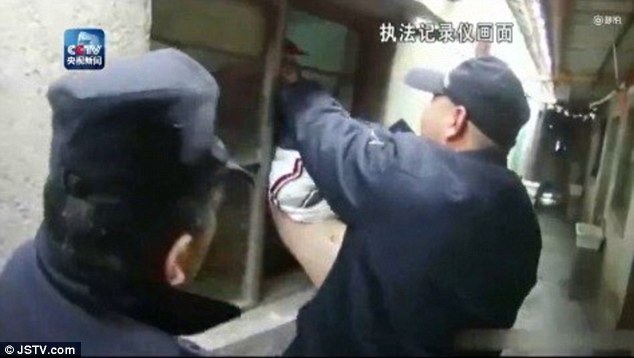 A suspected flat robber who failed to adequately plan his escape route was left red-faced when he got his head stuck in the iron railings of a window and had to be freed by police.

The victim, named Jiang, returned home in Kunshan, Jiangsu, east China, to find it trashed and the perpetrator trying to escape through a ground-floor window, according to People’s Daily Online.

Police officers arrived on the scene to find the suspect, named Zhou, jammed between bars head first, covered by a T-shirt, and were forced to chisel him free before placing him under arrest.

Zhou needs to learn that if he really wants to be able to get away with stealing other folks’ stuff he needs to get into politics.