Jealous Man Scalps Girlfriend, Then Lets His Pitbull Have Way With Her, Then Decides To…

A piece of human waste from Kentucky is looking at facing up to 20 years in prison for the disgusting, violent nature of an attack on his girlfriend. He had taken a knife and sliced off his girlfriend’s scalp[1]. But as if that wasn’t enough, he even commanded his pit bull to attack her.

This gruesome attack was done back in 2015, with Zachary Gross, 31, attacking his girlfriend Marilyn Stanley for what court records say was at least an hour. The attack started with the scalping, but ended up with his pit bull, Capone, being commanded to chew off a section of her ear.

Gross, who is completely unhinged, then put Stanley’s cut off scalp in a plastic bag, then went ahead and drove her to her mother’s home. Stanley had to be transported to the hospital via airlift to the University of Cincinnati Medical Center, where medical professionals were able to conclude that at least 80% of her scalp was missing.

Photographs taken of Stanley show her with her eyes swollen shut. It is so bad that they are the size of baseballs. 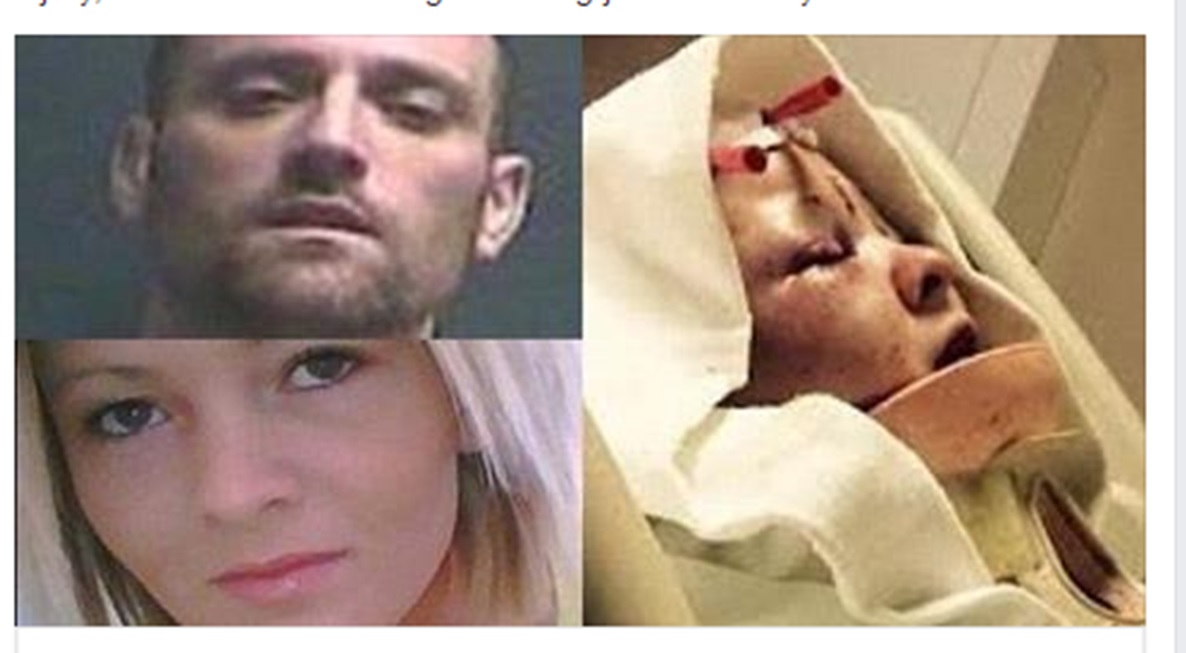 Stanley was able to retell the horrific story with detail to the police. She claimed that Gross had struck her in the face six times and had given a kick to her stomach while she was withering on the ground. It was only after that, that the dog was commanded to bite her – taking a chunk of her ear.

Reports claim that it was a jealous rage that sent Gross into his murderous mood, after he saw a picture posted by another man of Stanley and her daughter in a park. During the attack and scalping, it was Gross that screamed at Stanley, “You’re bald now. Who’s gonna want you now?”

Gross’ lawyer contended that his client was defending himself because Stanley, who had earlier in the case shared with the court that she had been the first of the two to pull a knife out…but it didn’t matter, because it only took two hours for the jury to come up with a guilty verdict for Gross.

In John Hawkins’ new book, ‘101 Things All Young Adults Should Know’, he teaches in number 81, “If you buy a gun, learn to use it.” This was a perfect opportunity to use a gun in a self-defense situation…I can guarantee that Stanley would still have the top of her head if she legally had access to one.

It is a great equalizer for women.