JUST IN: 1 Officer Dead, Another Wounded After Gunman Open Fires in LA

Another officer was shot and killed today.[1] Two officers outside of Los Angeles answered a call that they thought was a traffic accident. When they got there, a gang banger with tattoos started shooting at them. He killed one officer and wounded the other one. The thug was also wounded. Both the wounded officer and the killer will survive.

The shooting unfolded around 8 am near Colima Road and Mar Vista Street. Originally, the shooter had hit someone’s car from behind at a stoplight. He was out trying to push his car when the police arrived and the shoot out started. Aerial footage of the scene showed a window of a Whittier police SUV partially shattered. A silver car in front of the SUV had front end damage and a weapon visible on top of its trunk. 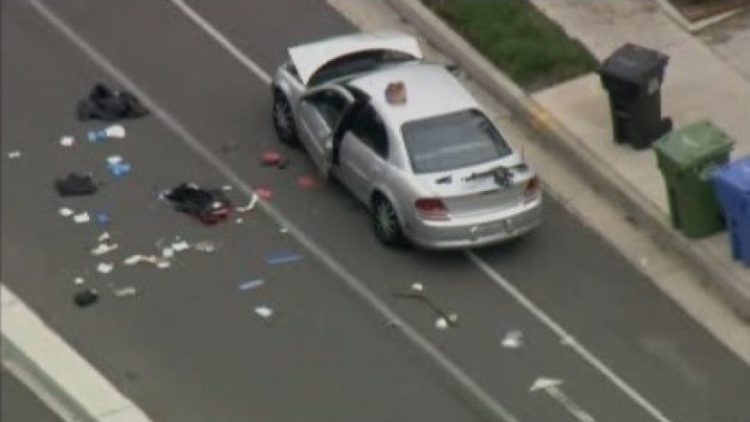 A police officer responding to a car crash was killed Monday outside Los Angeles, and a second officer was wounded, according to investigators.

The Los Angeles County Sheriff’s Department said the two officers responded to what they believed was a traffic accident in Whittier when a gang member who was “all tattooed up” began firing.

They “think they’re there to help, next thing they know they have this guy shooting at them,” Lt. John Corina said.

Corina told reporters the suspect was driving his car and rear-ended other cars that were waiting at a stoplight. The suspect then got out of his car and asked one of the people he hit to help push his car, he added. When police arrived, the suspect started firing, according to Corina.

Both the surviving officer and the suspect were in stable condition, police added.

Los Angeles County Fire Dispatch Supervisor Art Marrujo said the suspect was treated for gunshot wounds. The two officers were taken to LA County-USC Medical Center, where one was shortly thereafter declared dead. This is one of the reasons that I agree with President Trump that we should have anti-gang units going after these thugs. They terrorize and kill people and it has got to stop.

This happened[3] evidently in Whittier and the car the guy was driving was stolen. The wounded suspect is a gang member who is known to police. The Whittier Police Department has about 128 sworn officers who police the cities of Whittier and Santa Fe Springs in southeastern Los Angeles County. Monday afternoon, a procession of police vehicles traveled from the hospital, accompanying the slain officer’s body to the Orange County coroner’s office. Their cars were greeted by a line of law enforcement officers who saluted as the procession drove by. This officer was the third to die in Whittier in the line of duty. One died in 1977 and the other in 1979. 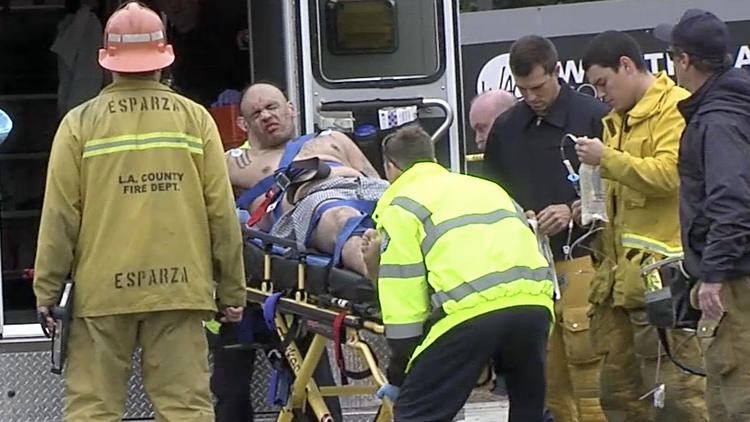