JUST IN: The Lincoln Memorial – VANDALIZED

I’m just furious[1] over this one. Someone vandalized the Lincoln Monument with red spray paint. They scrawled “F**k law.” Thanks Obama for that. This is Black Lives Matter, Antifa and the communists at work again. As monuments and statues are being torn down all across the nation, we now have idiots attacking a monument of a man who actually freed the slaves. And this is how he’s thanked for it.

Americans are getting angrier and angrier at the radicals on both the left and the right for pulling this crap. This isn’t going to end well. These same morons are now demanding a statue of ‘racist’ President Theodore Roosevelt be torn down in New York. They want a monument to George Washington also removed and they have a whole list of monuments and historical sites they want taken down or they’ll deface and destroy them. Where does this end? Nowhere good. 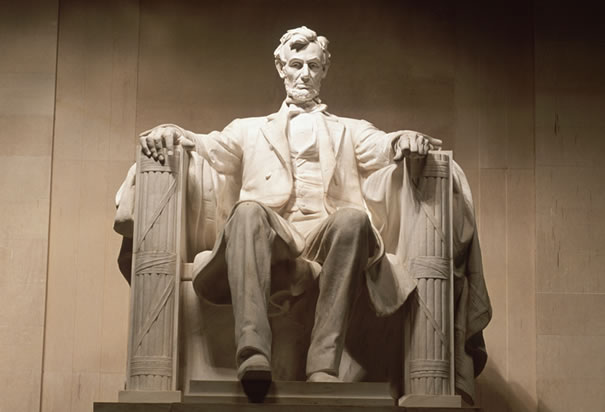 Monuments around America have become a prime target for vandalism this week.

On Monday, a mob of protesters pulled down[4] a Confederate statue in Durham, North Carolina. Before being destroyed, the statute had stood at the city’s county courthouse since 1924[5].

But a now a much more familiar symbol has been vandalized — The Lincoln Memorial.

According to ABC News[6], red spray paint with an explicit message scrawled across the memorial was found on Tuesday at 4:30 a.m. EST:

Crews are now busy removing the paint and repairing the damage. DC is so full of our nation’s history. I hate to see it treated this way. Officials with the National Park Service (NPS) said the red spray paint appears to state “F**k law” on one of the memorial’s columns overlooking the National Mall. Another instance in silver spray paint was also discovered on a Smithsonian wayfinding sign in the 1400 block of Constitution Avenue.

Workers will use a mild, gel-type architectural paint stripper, according to the NPS. The gel won’t affect the preservation of the memorial’s historic stone. Every effort will be made to not damage the monument further. The crew will apply the treatment and let it set on the stone for approximately an hour, then rinse it with “clean, potable” water, according to the NPS. The process is repeated until “all evidence of the graffiti is gone.”

The monument has been vandalized before. It will be fixed this time as it has been previously and I sure hope they catch whoever is doing this and soon. There should be cameras all around the monument and there should be police there as well. Hopefully, that will lead to this thug’s capture and prosecution.

Thank you to the left who is fueling and fanning the flames. Again a damn shame but it will come to their house.

I hope and pray they find the person or persons that did this and prosecute them. Vandalism against the best president ever, is disgusting!

So sad, a great president who changed many lives. Much love to him.

Paper covers the spot where someone sprayed red paint on the Lincoln Memorial. The Park Service if trying to clean it pic.twitter.com/FLhHihOU8k[17]