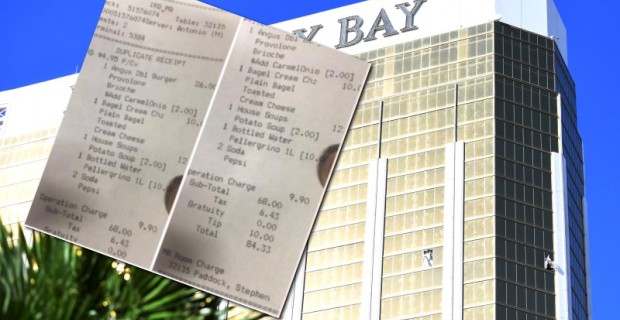 It doesn’t matter what the tragedy is, or when it happened. As soon as something horrific happens, the theories come crawling out of their cracks, and if it wasn’t so pathetic, it would be amusing. Now I don’t mean to say this to be roughshod. I know that there are chances out there that these kinds of theories could be true because of the lack of evidence to prove the opposite, but its when the facts are out in the open and have already been revealed, and the conspiracy nuts continued to hammer away no matter what, THAT is when it begins to get a little too much.

Keep your speculation to yourself, or at least make sure you separate it from actual facts when you are giving your opinion. In the case I’m going to bring you right now, there just might be some truth to this theory IF the evidence of the claim pans out. So what’s the claim?

That Stephen Paddock was not the only one holed up in his Mandalay Bay Resort room. Sound like something you have already heard, right? But according to what this tweet reveals, there is picture evidence:

Now, there is no telling whether or not the police have already been 10 steps ahead of the people on Twitter because they really haven’t revealed the most important question at this time – what was the motive? It’s also possible that this receipt is nothing more than a Twitter phony. Or maybe it isn’t and the police already have this information. Or maybe he had dinner with an escort, WHO KNOWS?!

I think the best way to go about something like this is to do this – wait for the facts. Civilians can help with an investigation, but they can’t run it, so please leave it to the professionals to solve this one,and don’t go chasing tweets. You might be disappointed.

BREAKING: Copies of receipts from #LasVegasShooter[4]'s room service confirm my previous reporting that shooter checked in earlier than Sept 28 pic.twitter.com/MtnUhBR6Bx[5]