A Facebook Live video that went viral last week showed the torture and abuse of a mentally disabled teenager, at the hands of four black thugs in Chicago. The video has since been deleted and all four of the criminals responsible have been arrested and charged with hate crimes. But the brutal attack has left the nation outraged and angry, and new details have emerged[1] that will shock people even more. 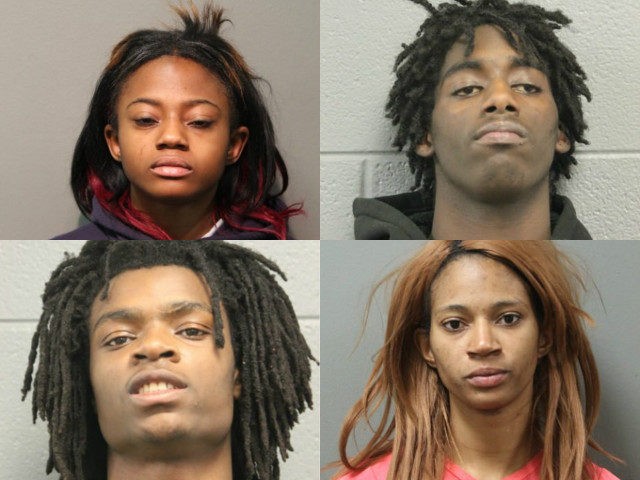 The victim’s family has spoken to the media, acknowledging that the victim knew one of his attackers from school. The victim, who has schizophrenia and severe attention deficit disorder, was found walking around disoriented, wearing shorts in the middle of winter and was able to direct police to the people who tortured him. Janet Grant, the victim’s aunt, said that the victim hasn’t been able to say much, but there is one thing he keeps asking. “[He] just keeps saying, ‘Why, why? Jordan was my friend. He’s been my friend for a couple of years,'” she explained.

“Jordan” is Jordan Hill, one of the people charged with hate crimes. And according to Grant, her nephew looked up to him. “They went to school together, they both had problems. He adores Jordan. I don’t know Jordan but [my nephew] really liked him. It’s one thing if they didn’t know each other, but [my nephew] idolized him,” she said. “[He] thought he was cool. I think he was one of the popular ones at school.”

The victim’s mother, however, saw through Hill from the beginning. “His mom didn’t like him hanging out but [he] would say, ‘that’s my friend, that’s my friend.’ He looked up to Jordan,” his aunt explained.

As if kidnapping and torturing someone who looked up to him wasn’t enough, Hill and his fellow thugs sent text messages to the victim’s mother, demanding a ransom from her to see her son again. And not only are his injuries truly horrific, the kidnapping meant that he wasn’t able to take his medication for days.

“They put cigarette butts out on his head, cut a hole in his scalp. Once they took him to Chicago, he had no meds for four days. He couldn’t even fight back,” Grant said. “How could a woman watch that? They thought it was going to make them popular – putting cigarette butts out on a kid with schizophrenia and ADD.” She also explained that this has been extremely traumatizing for him, saying, “Physically he’ll heal but mentally… he’ll always be looking over his shoulder. Probably won’t trust anybody.”

Meanwhile, all four of the thugs who participated in the attack are facing multiple charges: two counts of hate crimes, aggravated kidnapping, aggravated unlawful restraint and aggravated battery, and three of them face charges of residential burglary.