45 year old Jason Dalton[1] had a tough time deciding on a career – Uber driver or mass murder? He chose both, but that was the wrong choice. In between dropping off passengers, Dalton went on a shooting spree, filled two vehicles with gun holes and drastically murdered four unsuspecting people for no logical reason. Maybe Uber rates weren’t high enough? The final tally of Dalton’s Michigan killing spree was six dead and two injured. 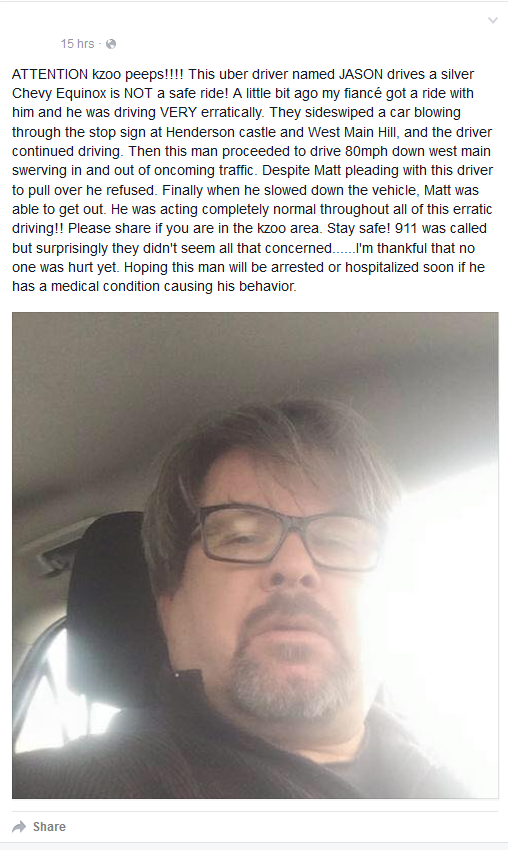 According to WOOD-TV, authorities are investigating reports that the suspected gunman, Jason Dalton, dropped off a group of people at a Fairfield Inn before going next door to the Cracker Barrel and opening fire on two vehicles, killing four people.

I suppose this is a valid reason to uphold the Second Amendment in order to protect ourselves.