With all the advances[1] in drone technology and the investments going on out there to utilize them, it’s probably a good idea to remember that some people just won’t stand for blatant invasion of their privacy. This story is from a couple of years ago. A father in Kentucky shot down a drone worth about $1800 when he caught it hovering over his sunbathing teenage daughter. He was subsequently arrested and charged with first degree criminal mischief and first degree wanton endangerment. All for protecting his daughter and his own property. This is a constitutional issue that needs to be addressed.

After William H. Merideth’s daughter told him the drone was outside, he went and got his shotgun and blew it out of the sky. It landed in a nearby field. The owner of the drone claimed he was taking pictures of a friend’s house. Right. That’s why you hover right over a teenager in a bathing suit. I believe you, millions wouldn’t… but hey, I’m gullible like that. Merideth said four men tried to confront him after the drone was shot out of the sky, but then changed their minds when they saw his personal firearms. They weren’t suicidally dumb it turns out. “I had my 40 mm [sic] Glock on me and they started toward me and I told them, ‘If you cross my sidewalk, there’s gonna be another shooting,’” Merideth told the station. Good for him, that’s exactly what he should have done.

A Kentucky man shot down an $1,800 drone hovering over his sunbathing daughter and was then arrested and charged with first degree criminal mischief and first-degree wanton endangerment.

“My daughter comes in and says, ‘Dad, there’s a drone out here flying,’ ” William H. Merideth, 47, told a local Fox News affiliate reported[3] Tuesday. The Bullitt County father shot at the drone, which crashed in a field near his yard Sunday night.

The owner of the drone claims he was only trying to take pictures of a friend’s house, the station reported.

“I went and got my shotgun and I said, ‘I’m not going to do anything unless it’s directly over my property,’ ” Mr. Merideth[4] said, noting that the drone briefly disappeared when his daughter waved it off. “Within a minute or so, here it came. It was hovering over top of my property, and I shot it out of the sky. I didn’t shoot across the road, I didn’t shoot across my neighbor’s fences, I shot directly into the air.”

It did not take the police long to arrest the father, which was just a travesty of justice. “There were some words exchanged there about my weapon, and I was open carry — it was completely legal,” he said, the station reported. “Long story short, after that, they took me to jail for wanton endangerment first degree and criminal mischief … because I fired the shotgun into the air.” None of this makes sense and is just lame.

The case was eventually dismissed[5] against Meredith. A judge ruled he had the right to shoot down David Boggs’ drone. At least that judge has some constitutional sense. “I think it’s credible testimony that his drone was hovering from anywhere, for two or three times over these people’s property, that it was an invasion of their privacy and that they had the right to shoot this drone,” Bullitt County Judge Rebecca Ward said.

One good thing came out of all of this… owners of drones now have to register them and stricter laws are going into place to protect the privacy of Americans. 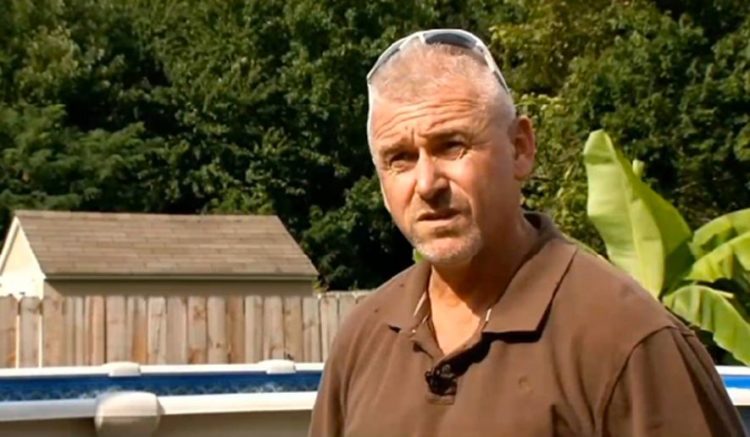