Killer Burns 10-Yr-old Boy ALIVE In Front Of His Parents- What This Monster Did Next…HORROR!

We all remember the case of the D.C. mansion killer, who brutally murdered Savvas Savopoulos[1], his wife Amy, their son Philip, and housekeeper Veralicia Figueroa. Well, it turns out the crime is much more heinous than it appeared, if that’s even possible. 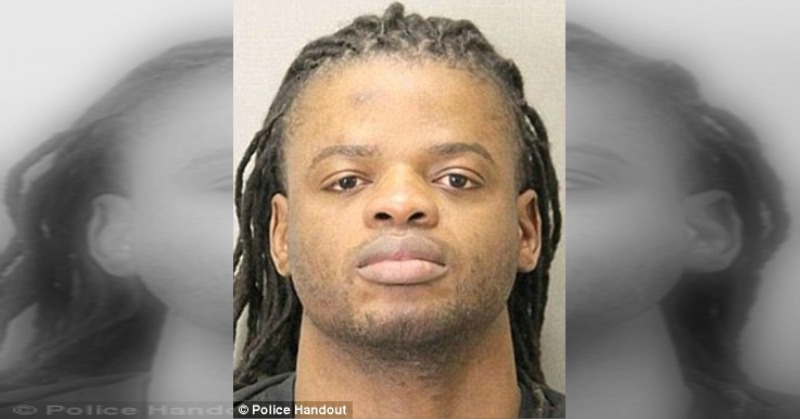 The 35-year-old man accused of brutally slaying a wealthy CEO, his wife, their son and their housekeeper inside their DC mansion has been indicted on 20 felonies.

Darron Wint, of Lanham, Maryland, is facing 555 years in prison after he was charged with murdering 46-year-old Savvas Savopoulos, his wife Amy, 47, their 10-year-old son Philip and housekeeper Veralicia Figueroa, 57, before setting their house on fire on May 13, 2015.

The list of indictments has revealed that he beat his victims with a baseball and then stabbed them with what is believed to have been a samurai sword at the property near the home of Vice President Joe Biden.

The document also states that the father-of-one burned 10-year-old Philip alive after knifing him.

Guyanese-born Wint entered their home, kidnapped the family and extorted $40,000 from them as ransom before killing them, prosecutors say.

A samurai sword from Mr Savopoulos’ martial arts collection and a baseball bat were also taken from the house and may have been used in the horrifying crime.

He went on the run for a week and was eventually caught in Brooklyn, New York, after investigators matched his DNA to a pizza crust he had left at the scene.

Wint had previously only faced one murder count for the death of Mr Savopoulos, his former boss at American Iron Works, a major industrial company.

He has now been charged with multiple counts of first-degree murder for allegedly killing the three other family members.

Wint was indicted by a grand jury on Wednesday on 20 felony charges, including first-degree murder while armed, burglary, kidnapping, extortion, arson and theft.

The grand jury in the DC Superior Court found the murders were ‘especially heinous, atrocious or cruel,’ the US Attorney’s Office in Washington D.C. said in a statement..

Attorneys for Wint could not be immediately reached for comment, but his attorney, Natalie Lawson, said during his arraignment that the government’s case was ‘based on speculation and guesswork.’

He remains the only suspect in the murders. No one else was named on the indictment.

Darron Wint allegedly entered the Northeast Washington DC home on May 13 and held the family and their housekeeper hostage for 18 hours while they arranged for $40,000 in cash to be dropped off at the home for their captor.

If the indictment is to be believed, Wint is looking at 555 years in the slammer for this crime. In my opinion, that’s not nearly long enough.