The world was horrified when news broke that a school in Sweden was attacked by a sword-wielding maniac, claiming four victims. To make it even worse, the killer even posed for pictures with students while carrying his blood-soaked sword before resuming his stabbing spree. 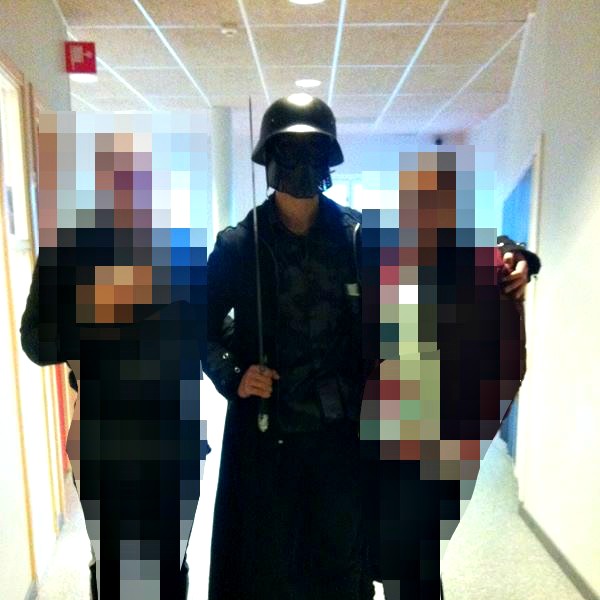 The 21-year-old man, who launched a sword attack on a school in Sweden and stabbed two teachers and two pupils, stopped to pose for pictures with students before continuing his horrific spree.

Wearing a mask and holding a sword already covered in blood, the attacker, stands next to two young students at the school, seconds before stabbing a teacher, who died at the scene.

Another teacher was rushed to hospital alongside the injured students, two boys aged 11 and 15. The 11-year-old later died from his wounds.

The MailOnline understands the suspected killer to be Anton Lundin-Petterson, from Trollhättan, north of Gothenburg.

The anonymous girl who took the photograph told Swedish newspaper Aftonbladet that they thought it was a Halloween prank when they saw the masked man.

As Lundin-Pettersson allegedly moved across the school during his attack, the young student had no idea that the blood on the large sword he was holding was real.

… Seconds after the picture was taken, their teacher came out of the classroom and told the killer to leave as he was scaring the children.

‘He just nodded, then he plunged the large knife into the teacher’s right side. The last thing I heard him say was “call an ambulance”.’

It’s sick and cruel to let innocent people believe that the whole thing is a Halloween prank, only to murder someone right in front of them. Thank goodness police killed this sicko and made sure he’ll never terrorize anyone ever again.