“KISS THE FLOOR!” Mother Shouts, Slamming Her 4 Kids’ Heads Into The Floor In Grocery Store, Now…

27-year-old Felisha Colon, mother of four[1], plead guilty to assault and battery after repeatedly slamming the heads of her children into the floor of a grocery store. 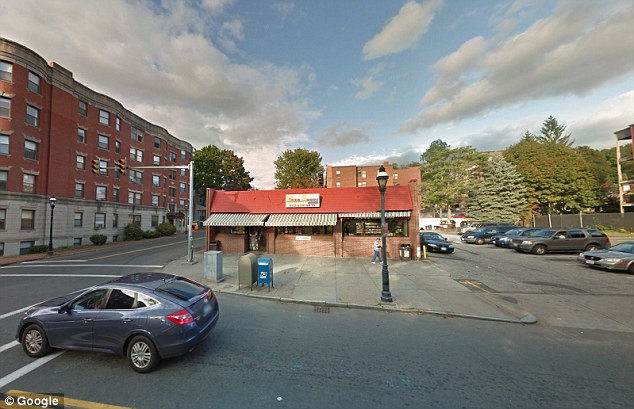 A 27-year-old Massachusetts woman pleaded guilty to assault and battery on a child this week, and is set to spend nine months in jail.

The jail sentence for Felisha Colon is for slamming her four young children’s heads into the floor of a Springfield grocery store while high on drugs, the Republican reports.

Colon, of Northampton, is reported to have said ‘kiss the floor’ before assaulting her children last June in the incident at Plaza Supermarket.

The store manager told police he saw Colon grab a 22-month-old girl by the hair and slam her head.

The Republican quoted his statement to authorities as saying: ‘The kids were crying and did not want to do it.

‘She took the youngest girl by the hair and banged her head into the floor, harder and harder each time.’

Colon reportedly went on to slam her head, too, on the floor.

According to the Republican, an arrest report said: ‘[Colon] was ranting about one of the girls and popcorn…and kissing the floor and wanting someone to record it and put it on Facebook.’

Two children were taken to the hospital, and two others did not require treatment.

Her lawyer said Colon smoked marijuana not knowing it was laced with PCP.

She didn’t know her weed was laced with PCP? That isn’t even the biggest issue here; the fact that this woman got high before taking her children to the store, and then proceeded to smash their heads into the ground which only resulted in a 9-month sentence seem like the bigger issue.