Knockout Game: Black Teen Hits Older White Woman For The Fun Of It Then Posts Video On Facebook

Hey, Eric Holder, can we get a hate crime charge[1]? 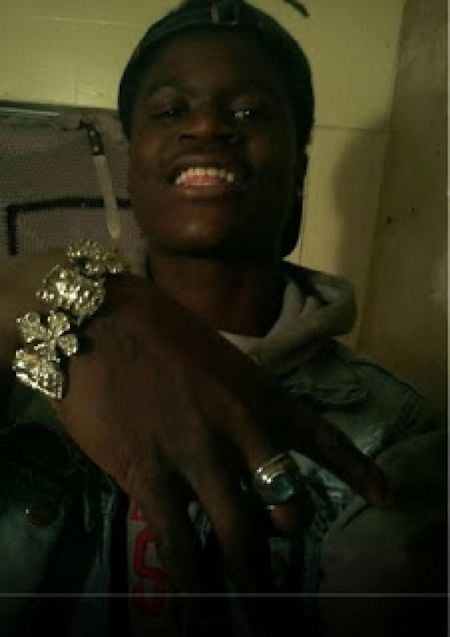 Rochester New York police are characterizing the brazen attack of an elderly woman as harassment rather than what it appears to be – another example of the hotly-debated “knockout game.”

The attacker, a young black male who operated a Facebook account under the name “True Goon Tocool Sneekey”, narrated his plan for the camera.

“True Goon”, who according to his now-deleted Facebook account attends John Marshall High School in Rochester, grabbed a snowball from the ground saying, “I’m about to smack the old lady with the snowball when she come out the store.”

“True Goon” proceeded to dance and shimmy for the camera as his friends laughed.

“This is the skinny bop,” he said as the woman emerged from the store.

But the teen didn’t use the snowball. Instead, “True Goon” slung a left-handed haymaker into the woman’s face. After the vicious hit, the woman, looking bewildered, grabbed the side of her head. She remained standing though, meaning that “True Goon” did not win that day’s Knockout Game.

“Smack cam!” screamed the videographer five times after the punch was landed.

….Despite the obvious assault, Rochester police spokeswoman Sgt. Elena Correia said that the incident “is more likely an example of a harassment than an assault,” reported The Rochester Democrat & Chronicle.

Correia told The Democrat & Chronicle that the attack did not seem to resemble the “Knockout Game” but that she agreed that the video was disturbing.

The Daily Caller News Foundation followed up with Correia. “At this time there are no updates,” she said.

“Based on the video itself and on New York penal law, it constitutes harassment.”

TheDCNF asked Correia if investigators saw that “True Goon” had hit the woman with his fist.

“Yes, we saw that,” she said, but clarified that an assault charge would require the victim to suffer “substantial pain”.

Don’t you love the police making excuses for this scum? That’s why these knockout game attacks continue. Throw the book at a few of these kids rather than excusing their terrible behavior and suddenly, you’ll find the “knockout game” isn’t fun for these pieces of human garbage any more.

Special thanks to blogger Davy V.[3] for breaking this story!