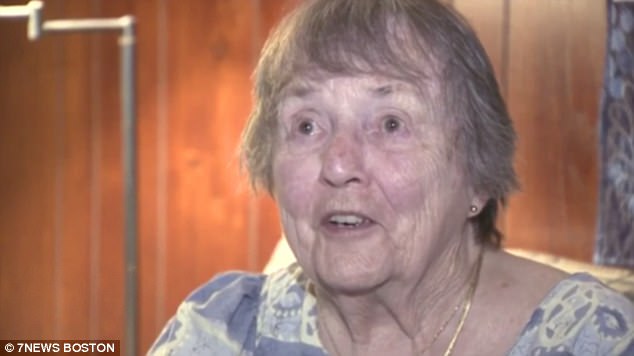 Patricia is praising her loyal dog for alerting her to an intruder in the backyard, but her husband is too busy laughing at the notion that it was his wife that went after him.

When the 12 year-old Wheaten Terrier, Pepper, began barking early on Tuesday morning this week, Patricia decided to investigate herself. Probably a raccoon, she thought to herself. So, at 91, she found her flashlight and went to take a look to see what was upsetting Pepper. 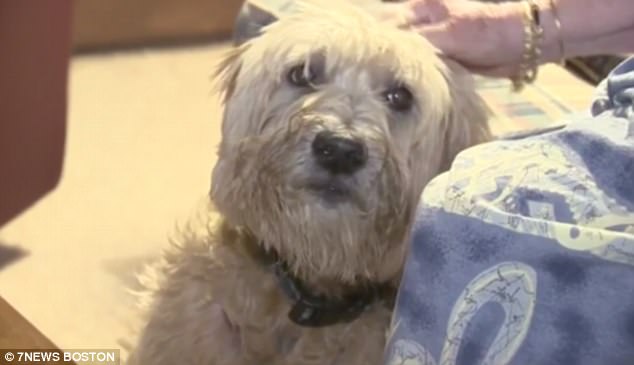 “I can’t believe I”m in the newspaper because my owner went after a home invader while completely naked.” – Pepper the dog, probably

Maybe if she had known that it wasn’t a raccoon, Patricia would’ve stopped to grab a house coat, or sent her husband instead. In the backyard of their home in Yarmouth, Massachusetts, she found 28 year-old Joseph Parent. As Jack told the local news:

Parent had previously been charged with both drug possession as well as breaking and entering.

Being a brave man, or perhaps flaunting the most rock-solid marriage in the hemisphere, Jack said:

“[Seeing her naked would] be enough to make him faint. It’s a shock.”

When Parent was found, he said “Sorry, ma’am” and then left the house through their basement. Patricia says that she wasn’t frightened by Parent, only surprised that he was the source of the commotion.

A few months ago we wrote about a Canadian man who has been charged with attempted murder after getting a gun away from a home invader and shooting him with it. While this has been taken as craziness, Canada doesn’t have the same kind of home protection laws as Americans. There are no other ways for the crime to be investigated except to charge the man with a murder, then later show that there were extenuating circumstances[3].

Before that, we wrote about 17 year-old Kimber Wood who, left alone in Spokane Washington, called her father and asked for permission to use one of his guns[4] for protection when she learned that there was a manhunt underway in the vicinity of her home. Taking her father’s handgun into her room overnight, she woke up to hear an intruder. So, she went for him, raised the gun to his face and let go an expletive demanding that he leave her house, immediately.