Leftist protesters break the law, how cops handled it was amazing

Anti-Trump, leftist protesting fools clashed with police and failed to follow direct orders from law enforcement, what happened next was a sweet dose of pepper spray to the faces[1] of those not abiding by the law. If you willingly break the law, then you face a consequence. The protesters are lucky they weren’t arrested. 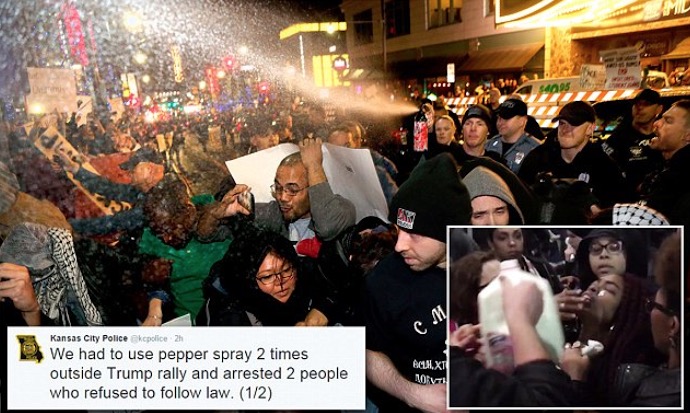 The anti-Trump left doesn’t look like it will be giving up anytime soon. It looks like they have shifted their focus onto the leading front runner of the Republicans. They gathered, not so peacefully, in Kansas City last night and things got very out of hand.

And below you can watch raw video of the protesters being dealt with.

As you can see, we were far from what happened and were not involved but he in walked up spraying us pic.twitter.com/f22WB5FAAG[3]