An innocent child was slowly tortured over the course of two years and died when his heart ruptured in his chest. The killers? His mother and her lesbian partner. 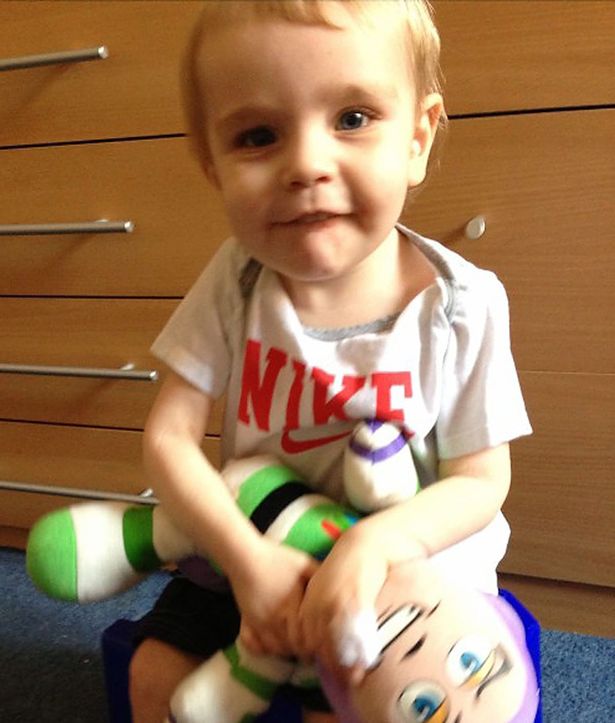 Liam Fee died when his heart ruptured from blows to his chest – and a pathologist found he had more than 30 injuries, including a fractured upper arm and thigh.

His mother Rachel and her lesbian partner Nyomi were able to carry out two years of sustained attacks on the toddler and two other boys as social services repeatedly failed to act.

Imprisoning one boy in a cage made from a fire guard, using cable ties to bind his hands behind his back;

Tying another boy naked to a chair in a dark room with nine snakes and several rats, forcing him to eat his own vomit and telling him a boa constrictor ‘ate naughty little boys’;

Forcing the youngsters to take cold showers when they wet the bed.

Days before Liam was found dead with his leg broken, the pair, who used to live in Ryton, Gateshead, had used Google to look up ‘Morphine for children’, ‘Will a hip fracture heal on its own?’, and ‘Can wives go to prison together?’

Rachel, 31, and Nyomi, 29, had tried to blame another boy, who cannot be named for legal reasons, for Liam’s death. Nyomi had forced the boy’s fist into Liam’s mouth after his death in March 2014 in order to leave DNA traces, Livingston High Court heard.

Repeated concerns had been raised by a childminder and nursery staff – but a senior social worker admitted Liam ‘fell off the radar’.

His father Joseph Johnson, 33, wept yesterday as the pair, who lived near Glenrothes in Fife, Scotland, were found guilty of murder following a seven-week trial.

Childminder Heather Farmer, who looked after Liam at her home from July 2012 until the following January, told the court she had been so worried about him she could not sleep.

She called the Scottish Childminding Association watchdog and the Care Inspectorate after he arrived with scratches and bruises on his face – days after he had a bruises on his head and legs that his mother claimed he had received when he fell out of his cot.

After Mrs Farmer told the couple she could not look after Liam any more, they enrolled him in the Sunshine private nursery in Kirkcaldy, which he began attending two days a week in March 2013.

Staff soon noticed bruises and recorded the incidents. By June, they had contacted social services with their concerns before he was withdrawn from the nursery.

Another woman, Patricia Smith, who knew the couple, said she had got in touch with social workers after she saw them outside a shop in September 2013. She said she had thought Liam, who was sitting in his buggy with a blanket over his head, looked ‘deathly’, adding: ‘I didn’t know if he was drugged or dead.’

Karen Pedder, a manager with Fife Council, told the court a caseworker had been assigned to investigate reports of abuse after the concerns were first raised in January 2013.

But a social worker and a police officer sent to visit the family had accepted the ‘plausible explanation’ given that he had simply bumped his head. The social worker who had been dealing with Liam’s case then went off sick in April and it was not looked at again until the nursery got in touch in June, she said.

During cross-examination, Rachel Fee’s defence counsel Brian McConnachie asked: ‘What seems to have happened here is basically, as far as Liam is concerned, this case just went off the radar?’

Mrs Pedder replied: ‘It did. Yes.’ She said a case would normally be reviewed after about four weeks, but this had not happened.

The couple were also found guilty of assaulting Liam over more than two years prior to his death.

The court heard there had been an escalation of violence towards Liam, with police finding chains used to tie him in the house.

The couple then failed to get help when they knew Liam had a broken leg and arm. The injuries, days before his death, would have left him in intense agony. But instead of taking him to hospital, the Fees went online – using their mobile phones to search Google for terms such as: ‘How long can you live with a broken bone?’

Detective Inspector Rory Hamilton said: ‘We had got this picture of Rachel and Nyomi being very, very close, very tight together, and… it would appear that the children had maybe become somewhat of an inconvenience. All the issues and problems were after Rachel and Nyomi had got together.’

Rachel had been with Liam’s father Mr Johnson, from Ryton, for seven years before she left him for Nyomi. A source close to Rachel’s family told the Mail: ‘Her relationship with Nyomi was toxic.’

The killers showed little emotion as the verdicts were returned.

What that poor boy was forced to endure is just unspeakable. And his father’s grief must be unimaginable — how awful to know that someone could have saved his son’s life, if only social services hadn’t dropped the ball.