After national tragedies, liberals almost inevitably come out of the woodwork looking for ways to blame the whole thing on conservatives. Sadly, the Boston Marathon bombing has been no exception to that rule. Even though at present, there is absolutely nothing that ties the Boston Marathon bombing to conservatives, there are still Left-Wingers still trying to blame these attacks on the Right.

CNN’s national security analyst Peter Bergen suggested more than once that a, “right-wing extremist group” could be behind the attacks.

And of course, we can’t forget Michael Moore. 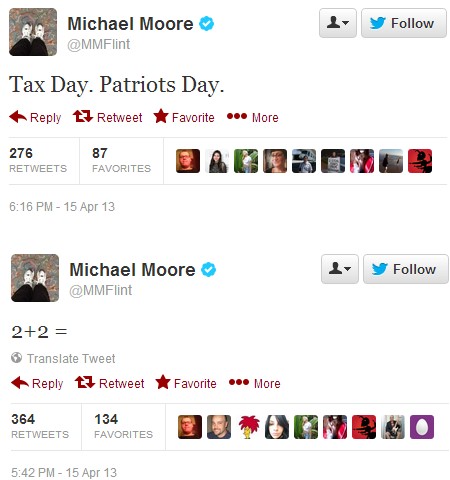 Maybe those of us on the Right should be insisting that members of the Occupy Movement did this or alternately, that liberals who are angry about Scott Brown winning an election are probably behind the bombing. However, that seems tacky. Maybe instead, the Left should follow our example, act with class for once and stop trying to come up with ways to exploit these tragedies.