Abortion benefits men far more than it benefits women — it allows men to use women for consequence-free sex. But if women refuse to have an abortion, like 14-year-old Shaniesha Forbes did, it can put them at risk of extreme violence like the kind that Christian Ferdinand chose, by suffocating his girlfriend to death, and then lighting her body on fire and tossing it into Gerriston Bay. 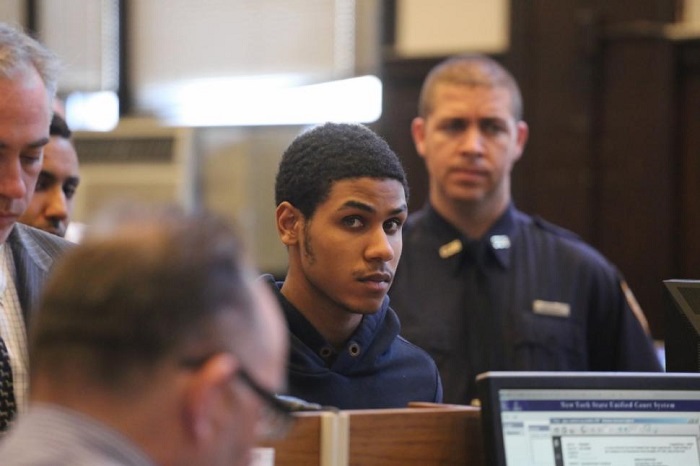 The maximum prison sentence allowed has been handed down to a 22-year-old man found guilty of suffocating his teen girlfriend to death after she told him she was pregnant and wouldn’t have an abortion.

Christian Ferdinand was sentenced to 25 years to life in prison for the murder of Shaniesha Forbes, 14, whose charred body was found stuffed in a suitcase that washed up on a Brooklyn, New York, beach in January 2013.

An autopsy revealed she wasn’t actually carrying a baby.

Ferdinand had met Forbes through Facebook, and was arrested four months after her death in Maine.

He confessed to the crime and was even bold enough to ask for a light sentence of community service.

… Forbes, who was a freshman at the Academy for Young Writers in Williamsburg, allegedly first infuriated her boyfriend when she told him she was pregnant via text message in January 2013.

Ferdinand responded to the announcement by texting back: ‘My n****, are you serious? Kill that s***’

But Forbes made it clear that she would not get an abortion, saying it would hurt her religious mother.

The couple later met at Ferdinand’s cousin’s house where Forbes continued to talk about the pregnancy while they were both sitting on the couch.

That’s when Ferdinand snapped and grabbed a leather pillow to suffocate his girlfriend to death.

Investigators asked Ferdinand if Forbes fought back as he was killing her, and he replied: ‘She tried, wasn’t much of a struggle, she was little.’

After she died, Ferdinand proceeded to douse her body in Axe body spray which he used to set the corpse on fire with a Bic lighter.

He later stuffed her body in a suitcase which he tossed into Gerriston Bay, believing the saltwater would destroy any evidence left on Forbes’ body after the burning. The body was later found when the suitcase washed up on Gerriston Beach.

It goes to show what a monster this pitiful excuse for a man is, that he could commit such a horrific crime and then be brazen enough to request community service. Thankfully, he will be locked up forever, hopefully never to spend another day of his life as a free man.