Former Attorney General Loretta Lynch has found herself in some major hot water. Allegations have been made that Lynch interfered with the investigation into Hillary Clinton’s e-mail probe, with none other than former FBI Director James Comey saying that Lynch wanted to downplay the investigation. If the allegations turn out to be true, Lynch could face up to 10 years in prison[1], according to Judge Andrew Napolitano. 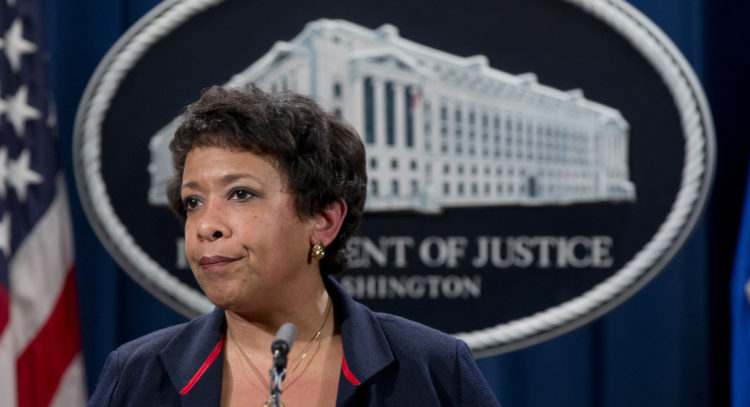 Napolitano believes that Lynch could face charges of obstruction of justice if incriminating e-mails to former DNC chairwoman Debbie Wasserman Shultz surface. “It is alleged, this document has not seen the light of day yet, if it exists that there is one or several emails between Debbie Wasserman Shultz and Loretta Lynch concerning the behavior that Loretta Lynch will take to further the DNC interests while Mrs. Lynch was the Attorney General, that if it happened, would be misconduct in office,” he said.

This would be a felony, Napolitano claims. “Depending on what they charge her with, it could be five to ten years, it’s very serious, it’s the equivalent of obstruction of justice,” he added.

The Senate Judiciary Committee has opened an inquiry into Lynch’s alleged interference into the Clinton e-mail probe. “The reports come amidst numerous allegations of political inference in controversial and high-profile investigations spanning the current and previous administrations,” Committee Chairman Chuck Grassley said in a statement. The inquiry is backed by a bipartisan group of politicians, with both Democrats and Republicans looking to get details of Lynch’s actions.

Part of the reason for the inquiry is media reports accusing Lynch of interfering with the e-mail probe, which were based on hacked documents from the FBI, including one that was allegedly from a Democrat who gave assurances that Lynch wouldn’t let the investigation into Clinton’s e-mails go too far. James Comey’s testimony also increased suspicion, as he said, “the attorney general directed me not to call it an investigation and call it a matter — which confused me.”

Do you think Lynch deserves jail time if she is found guilty?