LUCKY SHOT: Man Shoots His Wife on Christmas But Docs Say it SAVED Her Life!

When an Ohio man picked up his shotgun he ended up accidentally firing it through a wall in his home. Worse, the gun loaded with bird shot hit his wife. But when the pair went to the hospital they realized that the accidental shooting was a blessing in disguise. 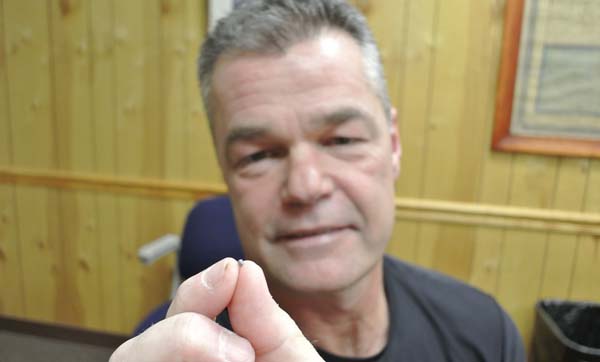 Fortunately the bird shot only scratched the woman, but while examining her the doctors found a life threatening ailment[1] that the woman did not know she had.

After Charlene Ross was taken to the hospital Sunday from being struck in the neck with a “birdshot” pellet from a shotgun fired accidentally by her 77-year-old husband, Boyd, doctors found she had a previously undiscovered heart problem — an arrhythmia, or irregular heartbeat.

“There is no question that this has been a blessing on two fronts,” said Charlene’s son, Steve Ross. “One is that only one pellet nicked her out of the shotgun blast and the second is she was able to be checked out and found that there are underlying problems that we can now address.”

An arrhythmia is a problem with the rate or rhythm of the heartbeat and can be life threatening. Ross said Thursday that surgery to insert a pacemaker in his mother is scheduled for today.

“Had this accident not happened my mom could have been gone at any time,” he said.
“You hate to use clichés but this is a Christmas miracle.”

So, jokes about shooting your wife aside, that really was one lucky shot.