The entire nation was outraged when news leaked that a disabled young white man was kidnapped and tortured by four black teenagers, with video of the crime streamed live on Facebook. The lawyer for the four thugs is now trying to garner sympathy for them, claiming that they are receiving death threats[1] and complaining that the media has “sensationalized” the case. 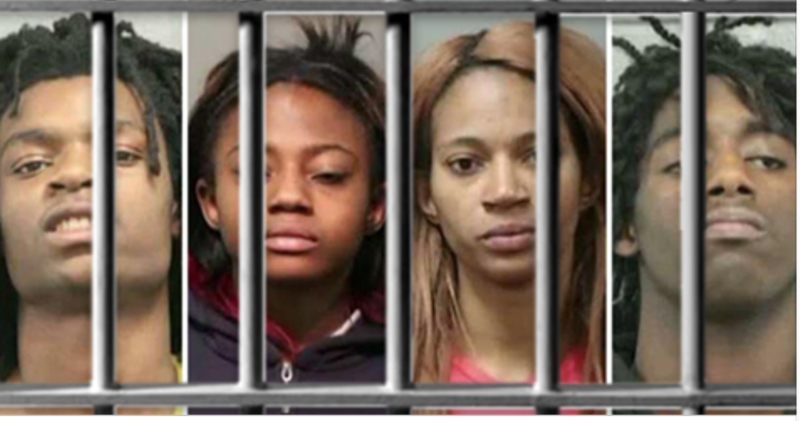 Cook County Public Defender Amy Campanelli spoke after a hearing calling the behavior of the public towards her clients “sad.” “It is sad and unfortunate that many have commented on these young men and women without knowing all the facts,” she said. “They have been denounced in the media before anything has been proven.”

Neil Toppel, another one of the accused’s public defenders, said that there were online posts calling for their “public execution.” “There was a posting that invited a Good Samaritan to publicly execute these defendants by law or if not by mob,” he said. “And said anybody that supports them should be executed as well.”

All four of the suspects were indicted on Friday and are scheduled to be arraigned next week. A judge previously denied them bail, asking, “Where is your sense of decency?” They face charges of aggravated kidnapping and committing a hate crime.

The victim was kidnapped on New Year’s Eve by Jordan Hill, who took the victim to a house where two of the other suspects were. They kept the victim for several days, calling his mother to demand $300, while the defendants — Jordan Hill of Carpentersville, Brittany Covington, Tesfaye Cooper and Tanishia Covington — beat and tortured him. He escaped and was found by police wandering around, bloody and disoriented.

In the video, the defendants used profanity, taunting the victim and railing against Donald Trump.