It’s easy to get caught up in petty politics and the daily grind of going to work and trying to sort out your #firstworldproblems. This is a kind of story that makes you sick to your stomach.

Five children in Brazil have been discovered, malnourished, locked in a filthy room in squalor. Investigators in Cuiaba, Brazil, say the parents were cooking a barbecue when they arrived to arrest them on child endangerment charges. 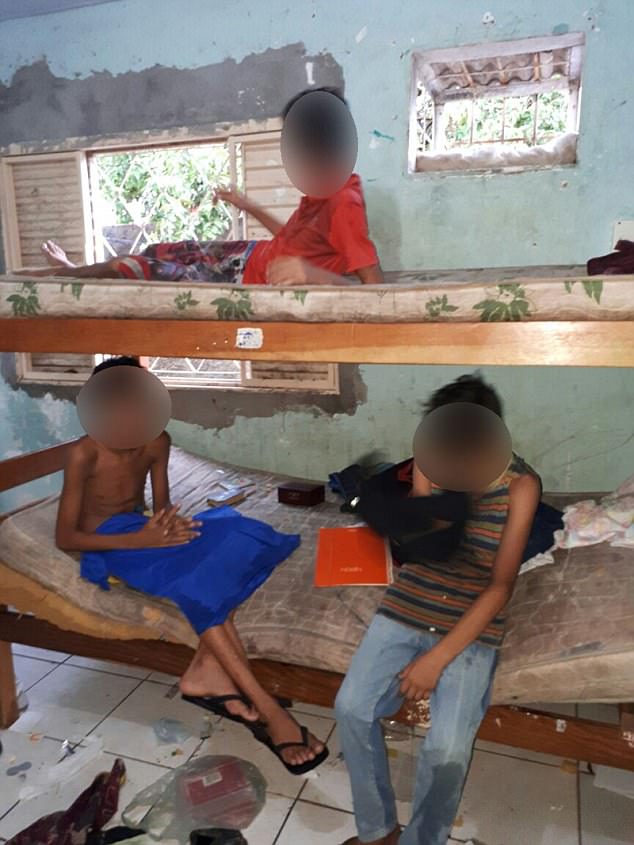 The horrible things that humans can do to other humans ought to scare us[2] once in a while. This is why we learn about history and the innate ability humans have to do terrible things to each other: so that we don’t repeat the same mistakes.

The five siblings, 3 boys and 2 girls, were trapped in a room described as soiled and filthy, with no electricity or running water.

They tried to alert the outside world by writing handwritten notes that they tossed out the barred windows.

One note said, “We are locked in the room. We are hungry and thirsty.” Another said, “We need food. We are imprisoned without food. He (their father) gives us rotten food.”

What a tragedy. The parents, Helio Roberto dos Santos and Natalia Pereira de Paula, have been arrested for aggravated assault and domestic violence involving child abuse, torture and ill-treatment. Serves them right. Hopefully, these kids can be relocated with a relative or someone less diabolical than their parents.

Wagner Vinicius de Lima told Nortao Journal: “It appeared to me that Helio and Natalia were eating while the children, who were locked-up in the room, were starving and could only smell the food.”

Detective Lima said: “The children and adolescents spent their days locked in the room at the back of the house where the parents lived. They occasionally left the place to go to school.”

“The room was dank, dirty and foul-smelling and the mattresses on which the victims slept were damp. The ground was wet, the odor strong and the conditions terrible.”

“I have worked in child protection for seven years and I have seen a bit of everything but this was the first time I have found children living in such sub-human conditions,” he admitted.

Detective Lima also foresaw that, “They will need a lot of psychological care to recover because even when we rescued them they was a great deal of sadness in their demeanor.”

No kidding, I can’t go more than a day without food. These poor innocent children.

Detective Lima said: “The victim’s food was severely rationed. They lived on unseasoned and undercooked rice and beans, which they told us their father provided. The food was often sour and spoiled.”

“All the children had bruises and cuts on their bodies. We believe they have suffered physical violence and abuse.”

“Neighbors reported hearing children screaming during beatings which were allegedly carried out by their parents using belts and metal pipes.”

What an all-around terrible story. Shame on these parents. I’m not sure what the laws are in Brazil, but I hope they get the maximum penalty.