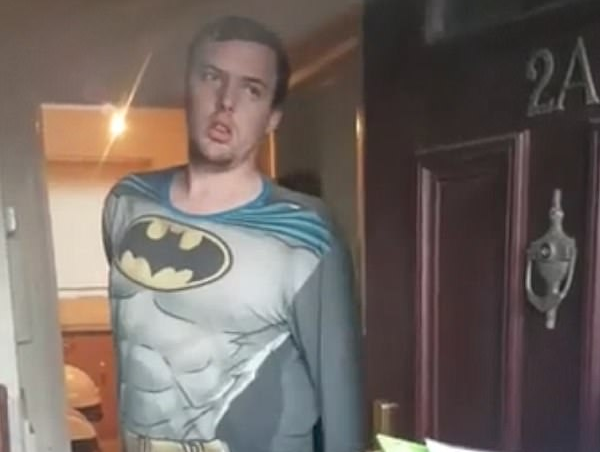 New video shows what happens when a group called Predator Hunters confronts a man who over the past few months has been found to have been sending sexualized messages to what he thought was a group of underage girls. I love footage like this. If Chris Hansen would come out with a box set of his old television show To Catch A Predator on DVD, I’d buy the whole series. Watching pedophile perverts get caught is one of life’s greatest pleasures.[2]

Warren Milne, 24, answered the door to the people from Predator Hunters still wearing his Batman pajamas for him to say one thing right off the bat:

The group, holding a folder of evidence showing the chat history he had with adults posing as young girls online, filmed him fidgeting and said that the police are on their way to put him under arrest. The group said that it wasn’t just one fake girl he was sending illegal messages to, it was multiple girls.

“Are you going to start admitting this? It makes our job easier,” they asked.

In the background, you can hear Milne’s father (shockingly, this pajamas-wearing sex pervert still lives at home with his parents) saying, “Not again? Again?” 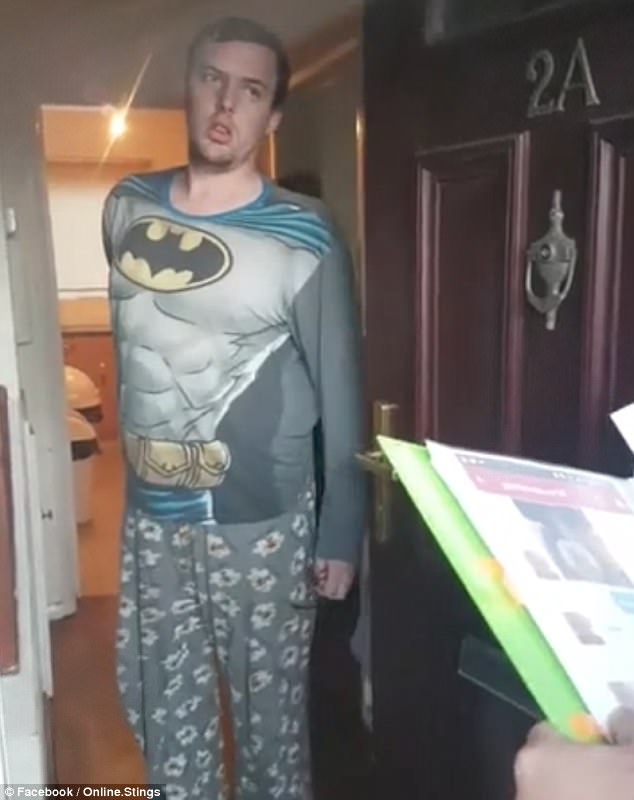 But instead of his father, we next see his mother come into view of the camera to defend her adult son, asking if they’re calling her a liar and she insists that “he hasn’t done anything.” One of the door knockers disagreed saying that “[Your son] is a pedophile… because he likes to groom underage girls for sex.” They went on to ask his mother, “What if it was your child? What if you had a girl, eleven years-old and someone was trying to groom her for sex?”

When his father piped up in the background with “Not again!,” it was only just recently that his son had previously been dinged for being a pervert. He was already under a Sexual Harm Prevention Order stemming from offences in 2016, where he skipped prison, but was banned from any communication with people under the age of 16. But, by August 20th of this year, he was found by people working with Predator Hunters to be speaking with adults posing as girls.

This time, because of his previous offences, he will be going straight to jail.

He has admitted in court to four counts of attempting to communicate with a girl under 16 for the purpose of sexual gratification. As well, he also pleaded guilty to breaching his Sexual Harm Prevention Order. He appeared in a video link in Court last week to hear his fate. The District Court Judge, Kate Meek, sent him to a Crown Court for his sentencing due to the nature of his crimes.

He’s still in custody with his court date set for the end of this month, only this time wearing orange pajamas.