Man calls ex-girlfriend to check on kids: She says they’re dead & shows him the bodies on video chat

How anyone could be this evil is beyond me and I hope it stays that way.

Jameel Penn contacted the mother of his children, 1 year-old Ja’Karter Penn and 2 year-old Ke’Yaunte Penn, to check in on them last week. That was when he learned that a terrible fate had befallen his two adorable sons and their mom was to blame. 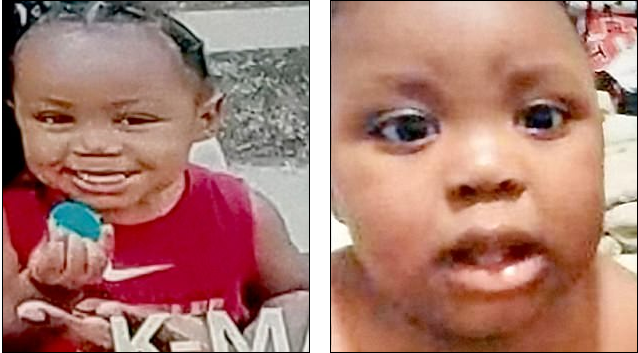 Lamora Williams, 24, is being charged with two counts of murder after a preliminary investigation of the bodies found burn marks that could possibly have come from a stove. Police have since removed the stove from the home to keep as evidence, but a complete autopsy will be needed to determine cause of death.

“I ain’t got no soul no more,” Jameel mourned at a vigil on Saturday night. He said the children were ‘my world, my everything. I’m lost’.

Williams is claiming that she didn’t know about what had happened, because she left the children in the care of a babysitter that day, but so far the investigation doesn’t support her side of the story. Neighbors reported that they didn’t see Williams leave and they didn’t see the children with anyone other than her.

Jameel said that Williams called him and told him that “they’re dead.” That’s when she started a video chat and showed him the burned, dead bodies of his children; a sight that he will never be able to un-see.

“Every time I close my eyes from now on, that is what I’m going to see,” he stated, refusing to describe the gruesome scene for reporters.

Their 3 year-old son, Jameel Penn Jr., was found in her apartment after the incident and was unharmed. Unfortunately, police have reason to believe that the young boy bore witness to the murder of his little brothers.

The suspect’s older sister is claiming that Williams fell on hard times and was also dealing with an diagnosed mental illness, blaming the state for the incident.

Williams will make her first court appearance on Monday and was put on suicide watch while she is in custody of the Fulton County Jail.

I don’t know if it would be a relief to know that this is the result of a mental illness, because at least then we would know that it’s not something a sane person would do. That being said, it’s pretty scary to know that there could be people out there capable of doing this kind of thing because they’re unmedicated.