This poor baby, and this poor mama. My heart just breaks for grandma as well. Such a tragic loss of young life taken by a monster. Curtis Hampton was in court Tuesday charged with killing his baby and the baby’s mother. My FOX Detroit reports:[1] 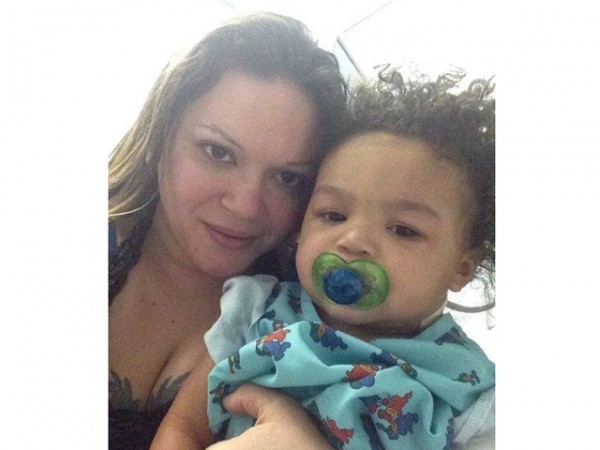 Hampton, 30, kept his head down and his answers short as he was arraigned on two counts of murder accused of stabbing to death his 13-month old daughter Carmon, and her mother, 29-year-old Monique Rakowski.

Hampton is being held without bond.

He had turned himself into Dearborn police last week after the bodies were found on the bathroom floor of their home on Normandy in Eastpointe. The mother and daughter had been stabbed, coins were placed over Rakowski’s eyes.

The baby was placed on top of Rakowski with the pacifier still in Carmon’s mouth.

“We don’t want to say anything that could possibly jeopardize the case,” he said. “We thank everyone for their kind thoughts and concern and we appreciate your prayers.”

“I’m a US Army veteran and this is going to be the hardest battle of my life,” said Sharon Rakowski, Monique’s mother. “And I’m going to win – I’m going to beat this bastard – he will not beat us.”

I hope this thug gets all that is coming to him and there isn’t some bull crap loophole the defense finds to set him free. He murdered an innocent baby and her mother, for crying out loud. There is a special place in hell for thugs like you. Oh, and while we are sentencing, let’s make sure this jerk doesn’t procreate any more- he deserves no more little angles to terrorize.