Man CONVICTED For Killing His Own Pet Cat With Hammer For Most BIZARRE Reason!

There is a special place in Hell for people who abuse their animals. There is absolutely no reason at all to assault a small animal with a hammer unless that animal is actually trying to kill you.

I highly doubt that’s the case in this particular instance, where Adrian Straw, 54, bludgeoned his house cat to death after it bit him. The man claimed that he “snapped” and grabbed up the nearest hammer, bashing the cat in the head until it died. 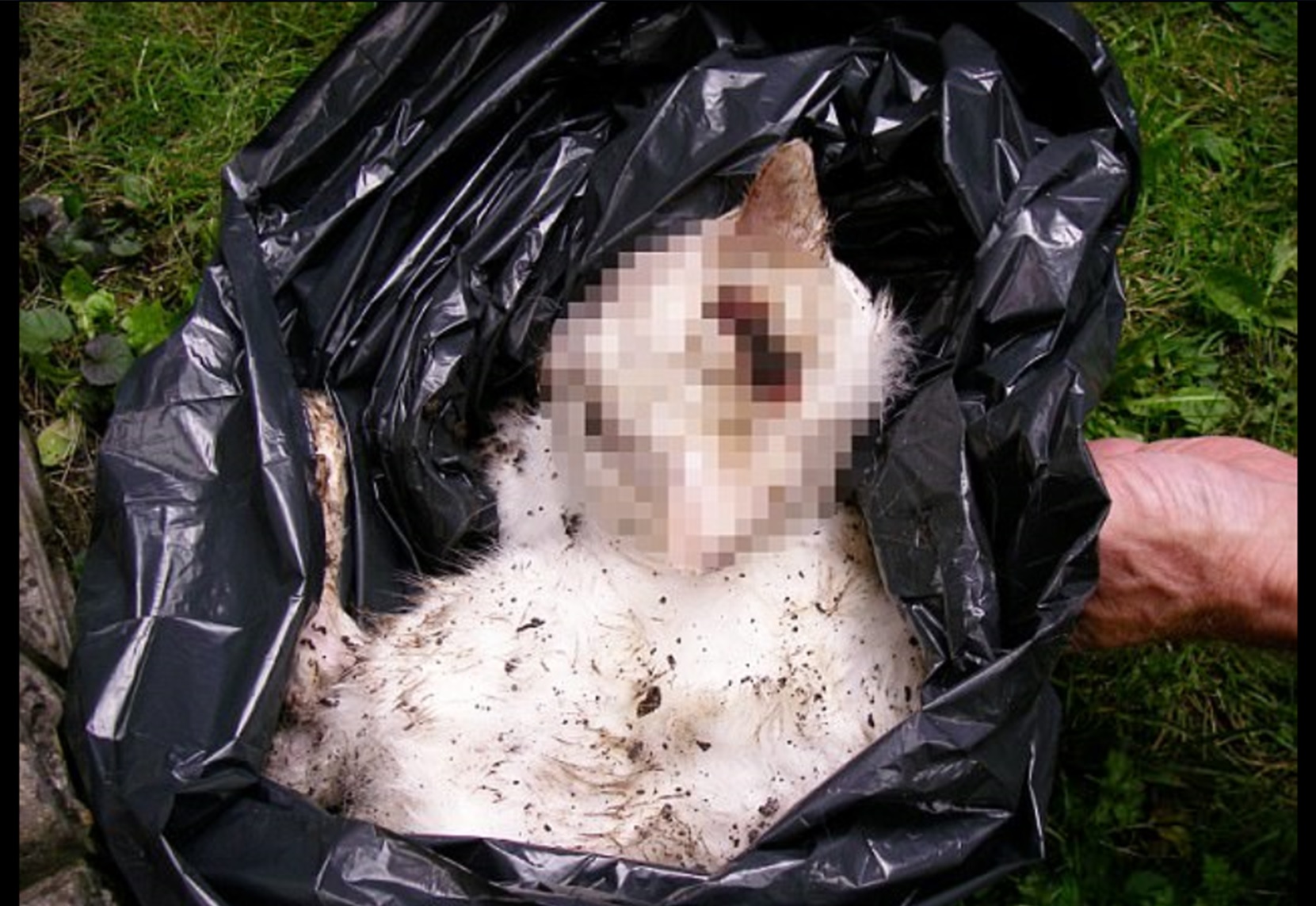 Little Lupo didn’t realize that biting her owner would be the last mistake of her life. The brutal attack was witnessed by a neighbor who heard the cat’s screams and called the police. All of this happened at 5:50 AM in Nottingham, in July of last year.

He admitted to causing the animal unnecessary suffering and was sentenced to 12 weeks in jail and 12 months probation. On Friday, he was banned from having animals for the rest of his life.

The RSPCA was contacted and when they arrived at the house, Straw denied the allegations. But after the body was dug up from the yard, he decided to admit what he had done, never mind that there was an eye witness who saw the whole thing.

“I don’t know what happened, I was under a lot of stress and I just snapped,” Straw said.

“Due to conflicting comments from her owner, I will never know the real motives behind what happened or whether Lupo was conscious or not when this incident occurred – I sincerely hope it was the latter,” said RSPCA inspector Laura Kirkham. “Clearly subjecting Lupo to blows to the head with a hammer is completely inappropriate and if there were any concerns for her health then either an emergency vet or ourselves should have been contacted for advice or help.”

“Furthermore, some of her claws had become so overgrown that they had penetrated her pads and had grown into almost a complete circle,” she added. “This would clearly have been causing her a great deal of pain and discomfort, particularly as this was on both of her front paws.”

There is no explanation for this kind of behavior. He is clearly mentally unwell and I’m glad he’ll never own another pet, but if he’s willing to take out his frustrations on a small, helpless animal, what would he do to a human who crossed him? I think 12 weeks in prison is way too light.