A controversial religious leader in Canada has now been found guilty of polygamy[1] after he married over two dozen women within a 25 year span. The guy kept busy, to say the least.

The man’s name is Winston Blackmore, 61, and he is charged with practicing plural marriage in the fundamentalist community in Bountiful, British Colombia after he married 25 women. Blackmore actually has fathered 145 children from all of his marriages. It was Winston’s ex-wife, Jane Blackmore, that brought him down. 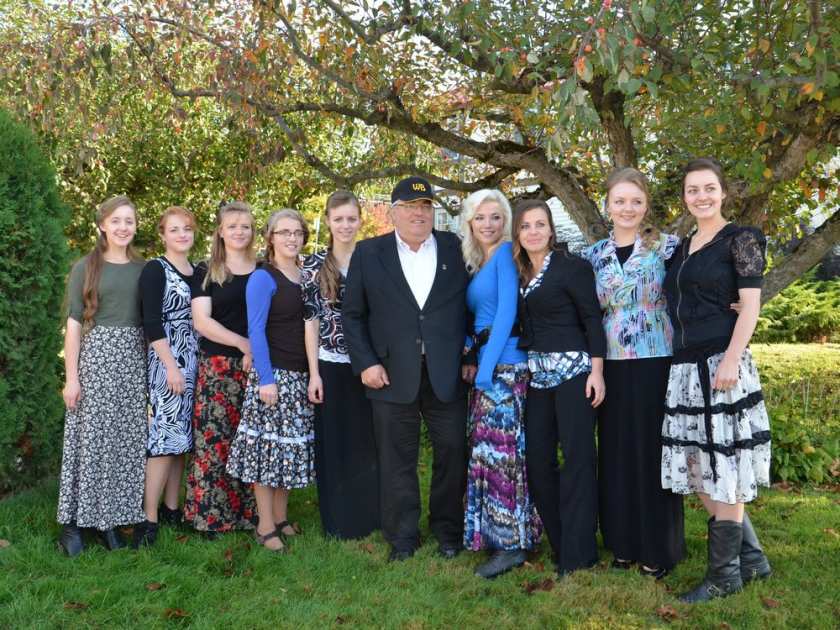 According to the media, Jane claimed in court Winston had told her he was ‘only doing what God told him to do’, by having multiple wives. BC Supreme Court Justice Sheri Ann Donegan commended Jane and stated that she was a credible and reliable witness.

‘She was a careful witness. There was nothing contrived or rehearsed in her answers. She was impartial.’

The trial went on for 12 days, but the case against Blackmore was actually decades in the making. Back in the early 1990s, Blackmore as well as another accused polygamist James Oler, 53, were looked into by the provincial government. However, according to CBCNews[3], they were not prosecuted for their supposed crimes because back then, the Canadian polygamy laws were just unclear.

In 2011, the court ruled the banning of polygamy was constitutional and in no way did it violate any religious freedoms. Oler on the other hand is currently waiting for his verdict in his own case. Oler has five wives, but it is still unknown how many children he has. Blackmore was suspected of ‘a kind of conjugal union’ with 24 women between the years 1990 and 2014, according to evidence presented in court. Oler had those same charges leveled against him, with five women he was involved with between 1993 and 2009.

So in 2011, that law’s banning polygamy were constitutional and set forth in the Charter of Rights and Freedoms. Blackmore and Oler are going to have some crimes to atone for.