Man Gets 10 Yr-Old Girl Pregnant – People Are More SHOCKED When Baby Is Born!

Rape is a horrible, despicable crime, but when the victim is a child, it is unspeakably evil. Even worse is when the child becomes pregnant — it completely robs them of their childhood innocence. And that’s exactly what happened to one poor little girl… and the perpetrator was her own father. 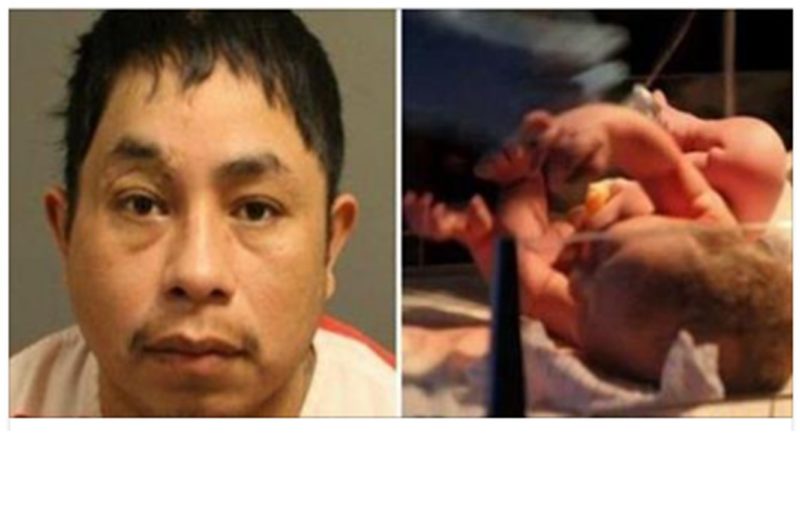 Natalie Vitervo-Vasquez was sentenced to 40 years in prison after he was found guilty of sexual battery with a victim under the age of 14. And his victim was his daughter. How long she had been abused for is unclear, but she was taken to a medical center at the age of 11, where it was discovered that she was pregnant. She would have conceived the baby at the age of 10.

The girl told officials that her father took her to a hotel room, where “he touched her and gave her something to drink” and that the drink made her sleepy. To make matters even worse, her child was born with severe birth defects. Doctors worked to save the baby, but he sadly died while undergoing surgery.

Authorities then performed DNA tests, taking samples from the girl as well as from her baby. The results showed that there was a 99.99% probability that Vasquez was the father.

Judge Weathers didn’t just sentence Vasquez to 40 years in prison. Vasquez must serve at least 25 years in the Mississippi Department of Corrections and whenever he is released, he will be immediately deported. And many people called for his deportation on social media.

“Why the f**k should we have to pay for this scumbag border jumping maggot for 40 years?” one person wrote on Facebook. “The DNA proves he’s the father and she was 10 years old! He should have faced a firing squad 10 minutes after being found guilty!”

One person said that the baby should have been aborted. “Why would a ten year old rape victim be forced to carry a baby to term?” they asked. “It should have been terminated while she was in the emergency room after the rape! Thank the court system for sentencing the good for nothing illegal alien father to prison and then be sent back to wherever he came from!”

Others demanded that he be given the death penalty. “In cases of rape, incest and crimes against children the DEATH PENALTY SHOULD BE CARRIED OUT IMMEDIATELY,” one person ranted. “This isn’t the first time this garbage has done this and some family members have to have knowledge of it. To make it clear the only punishment should be death by electric chair.The punishment should be equal to the horrors the victims must endure. Thanks to a bleeding heart Supreme court justice he took the death penalty off the table for child molesters because he felt it to be cruel.”

Do you think 40 years in prison is long enough?