Add another to the “Male Feminist Turns Out To Be A Sexual Harasser,” boys!

As usual, the loudest guy in the room standing up for women’s rights is actually the guy causing all the trouble in the first place.

The staff director and chief counsel for the Office of Congressional Ethics, Omar Ashmawy, has been accused of physical abuse and sexual harassment by a group of men and women who are bringing up more details on an altercation that took place at a bar on Valentine’s Day in 2015. That year, February 14th landed on a Saturday night. The altercation had previously been through the legal wringer, but now one of Omar’s fellow brawlers wants to tack on an allegation of abuse of political power. 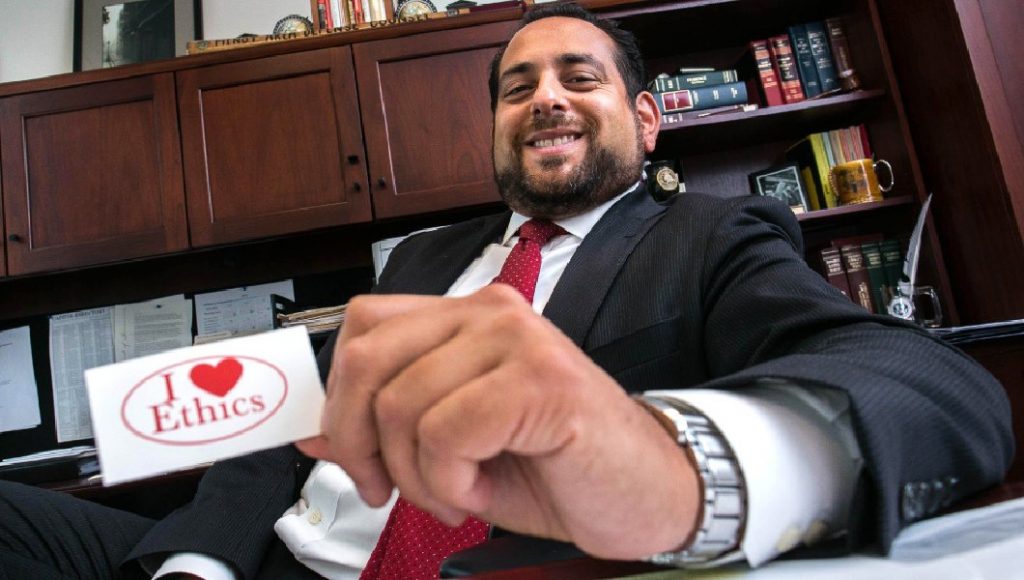 THIS IS LITERALLY A REAL PHOTO, I AM NOT KIDDING, I DOUBLE CHECKED, IT’S REAL AS THE DIRT UNDER OUR FEET

And it turns out that Mr. Ashmawy was the one who signed off to kick start the ethics investigation into Rep. John Conyers, who has been accused of sexually harassing his own staff. Conyers, 88,  will reportedly not seek re-election after his current term is up. Whether he would have taken this action anyway is unclear, since it’s not unreasonable to say that 88 is a bit too old to be working the same long hours as the politicians 20, 30 and 40 years younger. But, the announcement was only made after these women stepped up to complain. He was hospitalized in November, which, according to his grandson, Ian Conyers, was probably due to the “stress of media scrutiny and the allegations.”

Back to Omar, where the details of case are a bit odd:

Ashmawy allegedly assaulted three men after he kept sexually harassing several women at a bar in Pennsylvania on that Valentine’s Day two years ago. One of the men suing him is named Greg Martucci and his lawsuit reads that Ashmawy was “threatening to use his position as a staff director and chief counsel of the Office of Congressional Ethics to induce a criminal proceeding to be brought against [the] Plaintiff.”

In turn, Omar Ashmawy says that the assault occurred, but was “completely unprovoked,” while citing that the three men were eventually convicted for their behavior in the brawl. Two years ago, a few months after the bar fight, Omar gave an interview where he said in his spare time he likes to spend his disposable income on travelling and “trying new restaurants.”

That night, Omar took his girlfriend out for a $400 dinner, then out to the bar, where he was later hauled off in a police car.