Man Killed Girlfriend By Shoving Hand Up Vagina, Ripping Out Her Intestines

Murder is always a despicable crime, but some murders are more horrific than others. The way that one man killed his girlfriend has made headlines across the country for its brutality and it’s not hard to understand why: the man shoved his hand inside her vagina and then ripped out her intestines[1]. 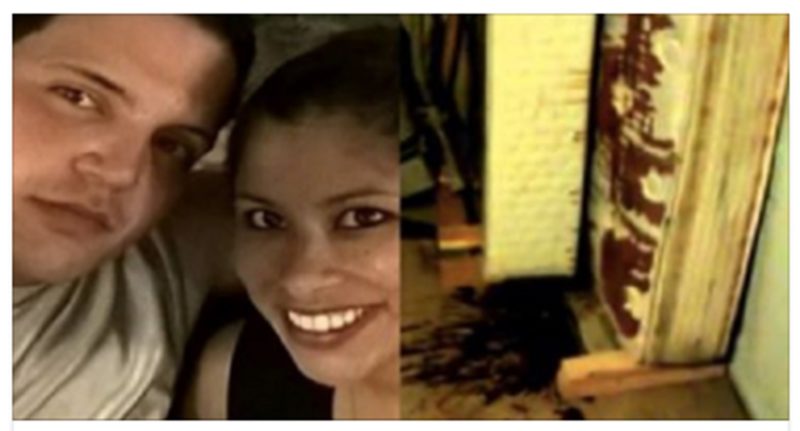 26 year-old Fidel Lopez said that he turned into a “monster” after 31 year-old Maria Nemeth called out her ex-husband’s name during sex. He became so enraged that he turned violent, destroying their apartment and then killing Nemeth.

The two got drunk and had sex, and she called him by the wrong name. He responded by smashing things in their apartment and then moved on to sexually assaulting Nemeth, shoving things like tequila and beer bottles and a hair straightener into her vagina. He then reached into her vagina with his hand, all the way up to his elbow, and ripped out her intestines. Afterwards, he tried to revive her by splashing water on her face, but it wouldn’t work. So, he went and smoked a cigarette and then called police.

At first, he simply told the 911 dispatcher that Nemeth was having trouble breathing, but when police arrived, they found the apartment destroyed, with blood and tissue everywhere. At first, he said that the two were having drunken sex before she passed out and that she vomited and passed out in the bathroom. While Lopez initially denied responsibility, he eventually confessed.

“She changed my name,” he said. “She called me the name of the other [expletive] guy. And she said it twice and she was wrong and she was confusing me with him. At that point, I get mad. I get really, really mad.”

“If I was sober, maybe I would have just left the apartment,” he continued. “But I was drunk.”

Lopez plead guilty in an attempt to avoid life in prison, but he failed. While he will be spared the death penalty, the only agreement prosecutors would give him was life behind bars. An official sentence will be handed down later this week.