What on God’s green Earth is wrong with people? No seriously, who looks at a dog and things “Yeah. That’ll do.”

I mean seriously, people can be so absolutely evil and disgusting that it almost saps all of your faith in humanity. All it takes is a story like this. 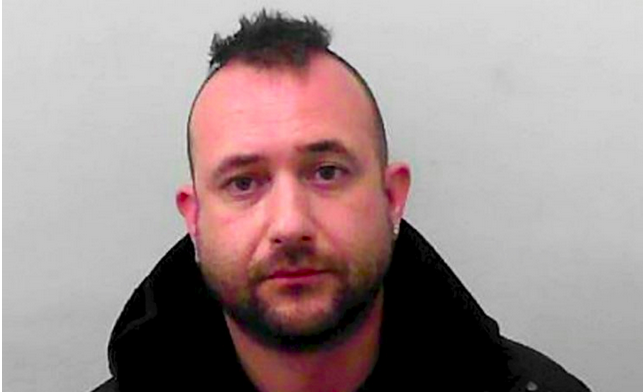 Mark Hook is the world’s most disgusting human being. At least for now.

A court heard about all of the evil, degenerate things he did including downloading “the most extreme kinds of child abuse and bestiality” prior to allowing his male Labrador to penetrate him. He was arrested after police discovered messages online that he posted under the username “DirtyBristolBoi.”

He was also accused of spending most of his days locked in his room at his parents’ house where he would snort drugs, drink alcohol and swap images with pedophiles. I mean, you couldn’t make this kind of crap up if you tried. What is wrong in this man’s head?

Despite pleading guilty to “ten counts relating to creating and distributing child abuse images and extreme pornography, as well as having sex with the dog, filming it and distributing it,” he only received three years and two months in prison.

Upon jailing him, Judge Horton said: “You are part of an ever-growing plague of men in this society who present as men of honesty, integrity and family values. But behind closed doors in reality you conceal very dark secrets. You sit in private rooms with computers and seek out the most appalling sexual degradation and abuse of young children and babies.”

This man is absolutely disgusting and needs to be locked away from normal people, babies and apparently dogs!