Veterans are usually treated with respect by most Americans, who are eager to show their gratitude and appreciation. But one veteran claimed that he was ripped off by servers at a local restaurant[1] — not once or twice, but three times. But what really happened? 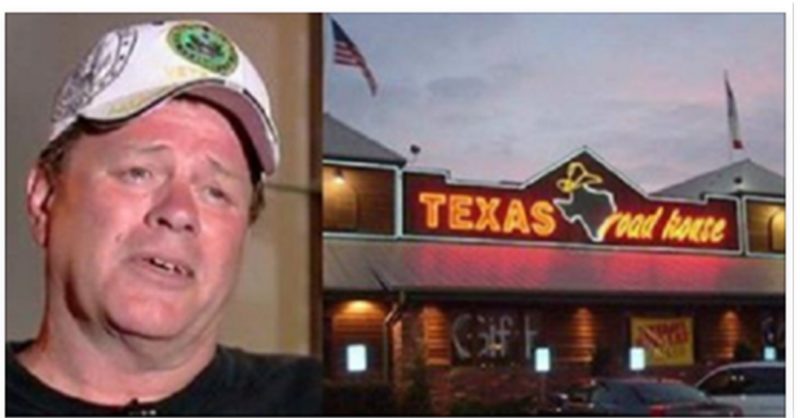 Doug Woodward lives in Colorado Springs, Colorado and claims that he was overcharged by his local Texas Roadhouse on three separate occasions. The first time he noticed that he was overcharged, he assumed it was just a mistake. The second time, he spoke to a manager, who said that a waitress was responsible. So, Woodward decided he just wouldn’t return to the restaurant again.

But after a year had passed, he decided to give the restaurant another chance again. “I think the odds of being struck by lightning are probably better than this happening to the same person three times at Texas Roadhouse,” he explained. So, he and his wife took some friends to dinner, where they spent $105.01, plus a $10 tip. But then, his wife looked at their bank statement and saw that they had been charged $123.01, meaning their waitress took another $8.

So Woodward and his wife took their copy of the receipt back into the restaurant and showed the manager the discrepancy. “For her to show us the actual receipt that had been changed, that’s the smoking gun,” Woodward said. “You can’t deny that it was changed.” And while $8 might not seem like much money, Woodward says that it makes a big difference for them, because as a disabled veteran, they live on a fixed income. “We are on a budget like no one’s business,” he said. “For us to do this, that was huge, and for her to take advantage of us like that and we even told her that we were vets. We asked about the military discount and so she knew that we were vets.”

Texas Roadhouse responded by firing the employee and refunded the entire amount to Woodward. But this story wasn’t over yet: it turns out, Woodward had scammed the restaurant. “Sadly, we have discovered this was a scam. We have rehired the server, banned this gentleman for life from any Texas Roadhouse and are considering legal action,” the restaurant said in a statement.

Do you believe Woodward, or the restaurant?