Recently, Buckingham Palace was placed under complete lock-down after a man with a sword began attacking guards outside the historic location. At the time we didn’t hear much about it and it seemed as though both the authorities and the media were attempting to keep it under wraps as much as possible.

Now we’re learning what may have prompted the attack and spoiler alert: It’s terrorism. 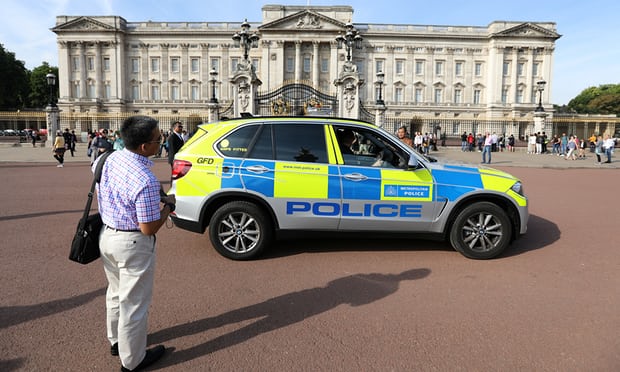 According to Scotland Yard, a man with a 4 ft. sword was arrested outside Buckingham Palace as he shouted “Allah Akbar.” He injured three unarmed officers (it’s stupid for officers to be unarmed, but that is a topic for another time) who attempted to arrest him. Luckily, they only received cuts to their hands and none of the injuries were life-threatening.

Officers reported that the 26 year-old man from Luton, Bedfordshire stopped his blue Prius in front of a police van and got out of the vehicle. Because nothing says ‘I’m here to kill your people and take your land’ like a fuel-efficient car.

When the unarmed officers approached the vehicle to question the driver, he retrieved the sword from the passenger footwell and injured the officers who managed to detain him after coating him with a loving layer of CS spray. The incident is now being investigated by the counter-terrorism unit of Scotland Yard.

Commander Dean Haydon believes that the suspect was acting alone and is not part of a larger terror ring, though they have made it clear that they will remain open-minded for the duration of the investigation.

Not to make light of an extremely serious incident (especially one that comes on the heels of the devastating Barcelona attack), but how lazy do you have to be as a terrorist to just drive up to a police van and start swinging a sword? He didn’t even manage to cause any serious injury to the officers before he was subdued which begs the question: Was this a scouting mission to get information on the number of officers, reaction time and number of guns held for a future attack? At this point, anything is possible.