Another day, another story of a woman’s live-in boyfriend killing her innocent child. Jeremy Robert Howard is on trial for throwing Kiyla Hosler in the air and kicking her in the head with his steel-toed boots[1], causing her death. 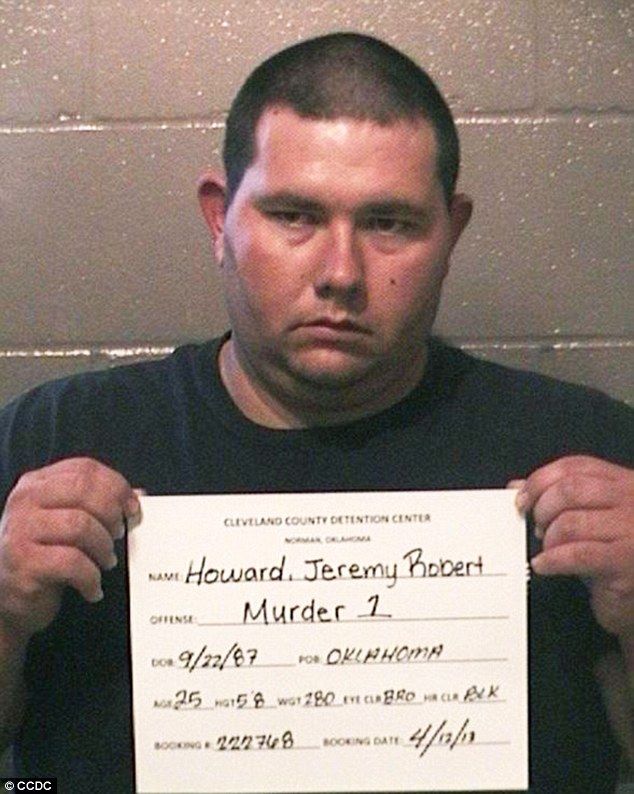 Jeremy Robert Howard, 27, is on trial for the murder of Kiyla Hosler who died just short of her second birthday.

Kiyla was the daughter of Howard’s live in girlfriend Amanda Holser.

Howard is accused of throwing the defenseless girl in the air and then kicking her in the head with his steel-toed boots.

He’s then accused of throwing her face-down in a corner of a couch where he left her for about 30 minutes before checking on her.

NewsOk reports that Howard called 911 at 8:40 p.m. to tell police that the injured child was unresponsive.

She was taken to the hospital with multiple injuries such as a head injury and blood in her stomach.

Children that live with men who are not their biological father, or are otherwise related to them, are significantly more likely to be victims of abuse, as Kiyla was. When are these single moms going to wake up and be more careful about who they allow into their home — and to have access to their children?