When you first hear “manspreading,” your first instinct is to roll your eyes. It’s yet another thing that feminists have made up to complain about. (News flash, everyone does it. Even women, Especially women whose thighs rub together and lord help us we need some relief every once in a while, so y’all leave us alone.)

But this guy went WAY too far to defend his ability to “manspread.” 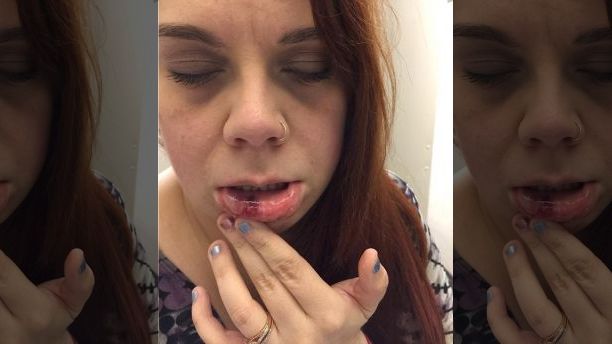 Sam Saia, the victim, was riding the N train to Manhattan for work on Thursday when a man – later identified as 56 year-old Derek Smith of Brooklyn – sat down next to her and started his “manspreading,” which crowded her against the wall and invaded her personal space.

Nice, huh? But it didn’t end there. She put earbuds in to ignore Smith, but he didn’t take too kindly to that. He then punched her in the mouth, bloodying her lip and causing her head to whip back and hit the wall behind her.

That’s when fellow rider, Victor Conde, stepped in, holding the man and instructing him to get off the train at the next stop and wait for the next one. That is the moment we see captured on video, courtesy of Anthony Macca.

The man was arrested on Friday after a short investigation and Saia celebrated the news online with her friends and followers.

“This is amazing news and I’m relieved that he is unable to harm anyone else or retaliate against me,” she wrote.

I get that subways are cramped and nobody riding one is having a good time. A lot of sketchy stuff goes on in the subway. That being said, you don’t need to sit next to a person and take up as much space as possible, making them uncomfortable. Be a courteous rider, okay? And certainly don’t assault a woman because you invaded her personal space and she very kindly asked you to back off a smidge.

I hope that woman presses charges against him and he is locked up for a long period of time. That, coupled with the alleged comments like “I’ve raped white women like you before,” indicate that he is not fit to mingle with the rest of us normal human beings.