There was a shootout[1] in Myrtle Beach, South Carolina in the wee hours of the morning yesterday. At 12:30 am, a bunch of young people gathered at 5th Ave N and Ocean Boulevard. They were blocking traffic and the police were called. But before they got there, three young men got into a fight. A man in a white t-shirt and jeans pulled out a gun and started firing. Then he tried to carjack a car. He was caught by the police however and didn’t get far. Seven people were shot and treated – none of them with life-threatening wounds, thank goodness.

This is the third shooting in Myrtle Beach in a day. Not great optics for the city by any means. The security guard who shot the shooter, was grazed on his leg, but he’ll be fine. He didn’t even go to the hospital. Things could have been much, much worse. More than a dozen shots were fired. I guess people are lucky the guy was a really bad shot. 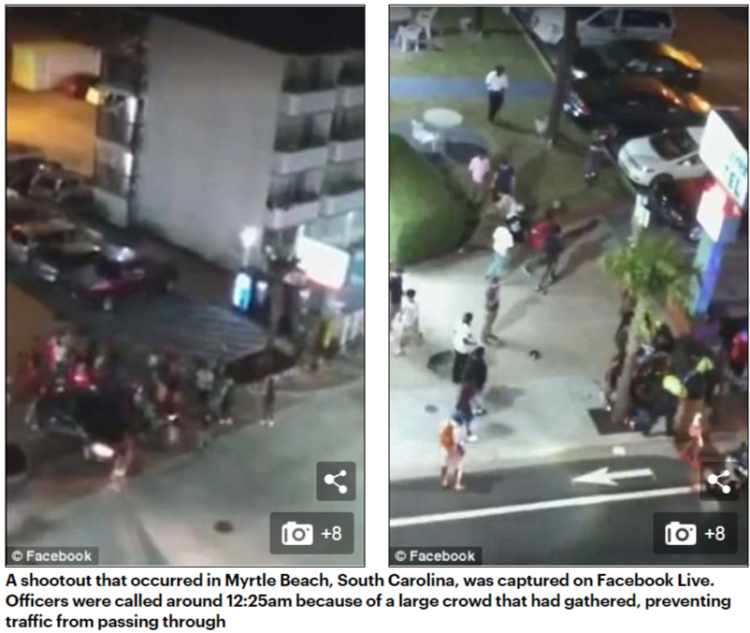 Seven people have been injured following a horrifying overnight shootout in South Carolina that was caught on Facebook Live.

Myrtle Beach Police say the incident occurred Sunday around 12:30am near Ocean Boulevard, by the coast.

Authorities say that a fight broke out among a crowd of people after which the suspect pulled out a gun and began firing. Some people were hit, and taken to the hospital with non-life threatening injuries.

According to Lt Joey Crosby, officers were called to the area of 5th Ave N and Ocean Boulevard around 12:25am because of a large crowd that had gathered, preventing traffic from passing through.

Before officers arrived, a fight broke out among three members of the crowd. Video captured a man in a white T-shirt and jeans pull out a gun and shoot the others.

In the recording[3], taken by Bubba Hinson, from Bethune, South Carolina, who appears to be on a balcony at a nearby hotel, more than a dozen shots can be heard.

The video of this streaming live on Facebook has been viewed over 2.6 million times. The guy who recorded it, Bubba Hinson, heard, saw and recorded the whole thing going down. He thought the officer was seriously hurt. Police have identified and apprehended a suspect in the case, according to Lt Crosby. His identity is being withheld, however, until he is cleared medically and warrants are served. A patrol car was hit by the gunfire, but no officers were hurt.

The mayor there said that he was sorry for his city and that they would make sure the violence stopped. “We’re gonna send a message to do everything that’s humanly possible to stop this violence in our city,” Rhodes said. It’s a shame these feral gangs of young people prowl like this at night and get violent. Myrtle Beach is a great and beautiful city. I hope they put an end to this lawlessness there before somebody gets killed. 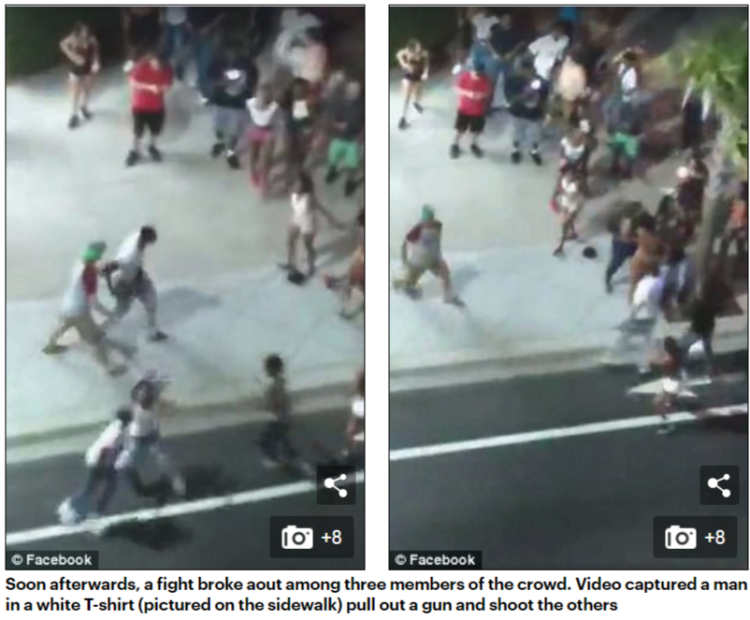 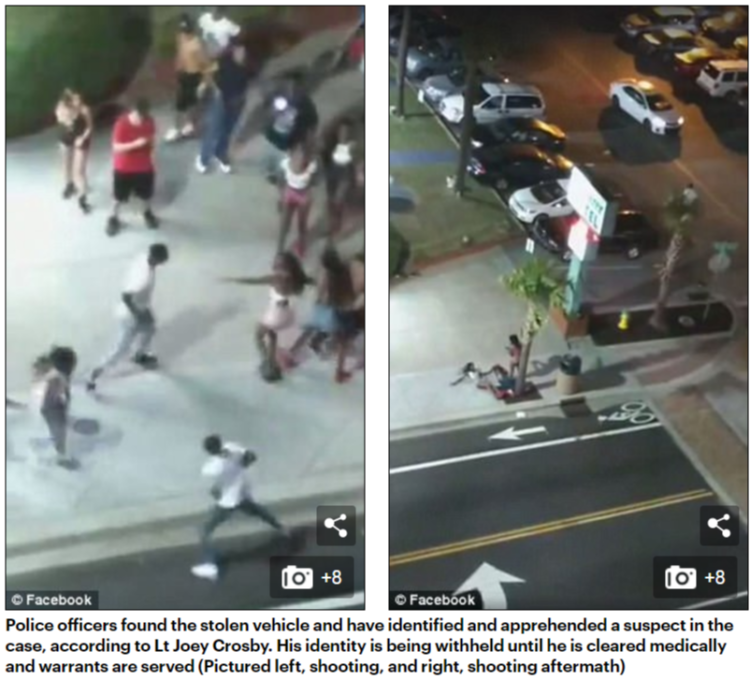 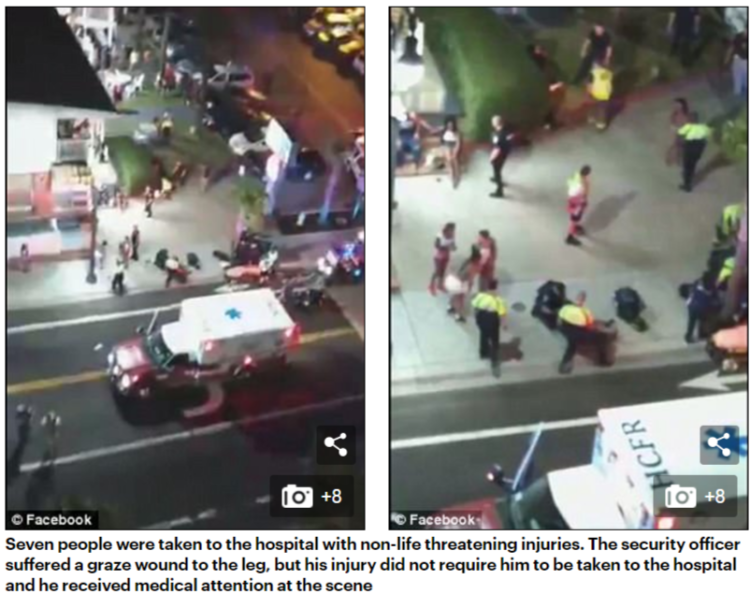