I have seen some weird things in my time, but this is just… I have nothing. This is like something you would see on a satire blog or perhaps not, because I don’t think you could make up something this ridiculous.

Two men dressed in costumes, one as a coin and the other as a chef, decided to duke it out in front of a McDonald’s in Novosibirsk, southern Russia. I know what you are thinking, this had to be something that happened in Florida. Fear not, I’m sure something far more absurd is afoot there as we speak. 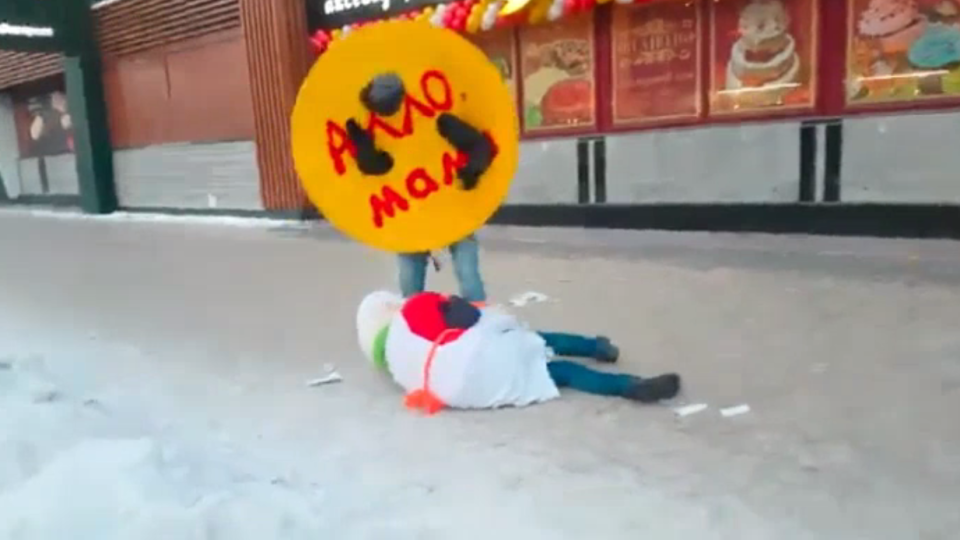 It’s not entirely certain what started the fight, but when these two mascots decided to have a turf war in the street, nothing was stopping them from fighting to the death.

Apparently Russians have nothing better to do with their days. 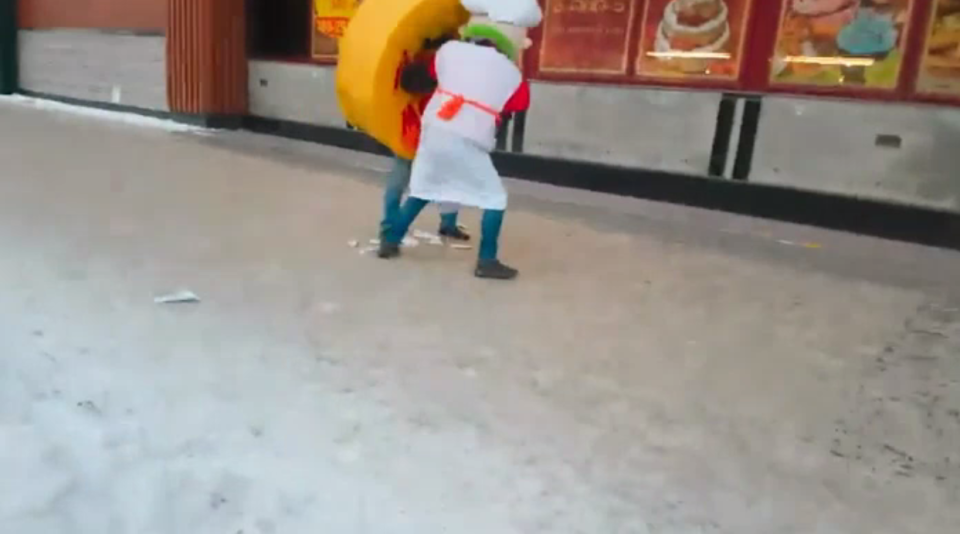 The coin struck the first blow, but it appeared that for a little while, the chef had the upper hand. (If you had told me even yesterday that I would have typed this sentence in all seriousness, I would have laughed at you.)

But in a turn of events, the coin managed to knock down the chef, likely aided by the fact that it’s Russia and at this time of year, everything is frozen.

The coin landed a few kicks to the man, who clearly wasn’t too pleased with his situation.

The shocking conclusion came when the chef whipped out his lighter and lit the coin on fire. 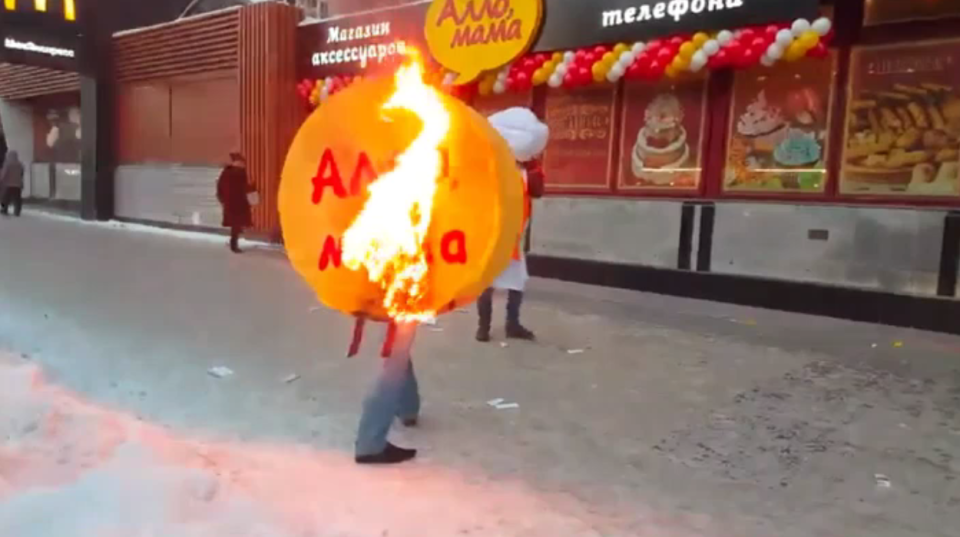 The man in the coin suit panicked and tried to roll on the ground to extinguish the flames, but only succeeded in falling flat on his face. The size and shape of his suit didn’t lend itself to the “drop and roll” part of “stop, drop and roll.” 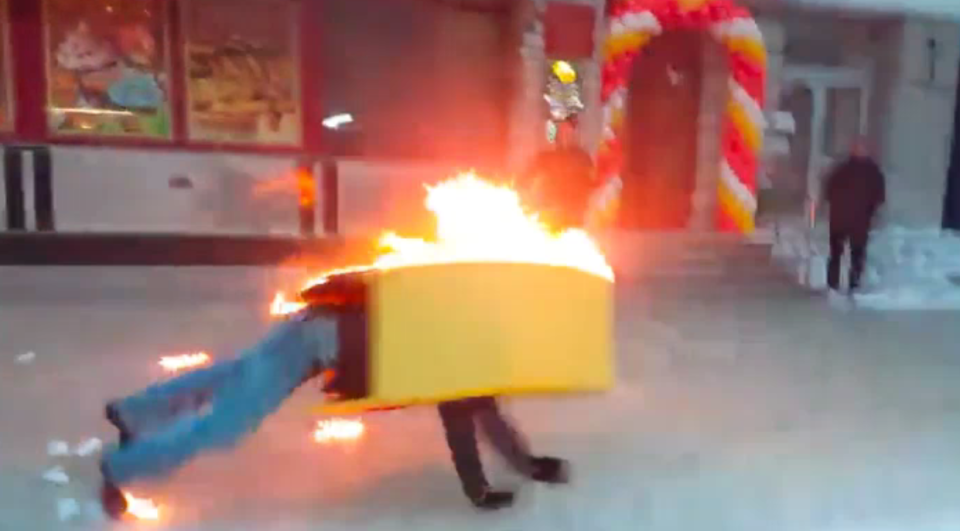 Just then, a security guard with a fire extinguisher ran to the man’s rescue, putting out the flames before they could become fatal. 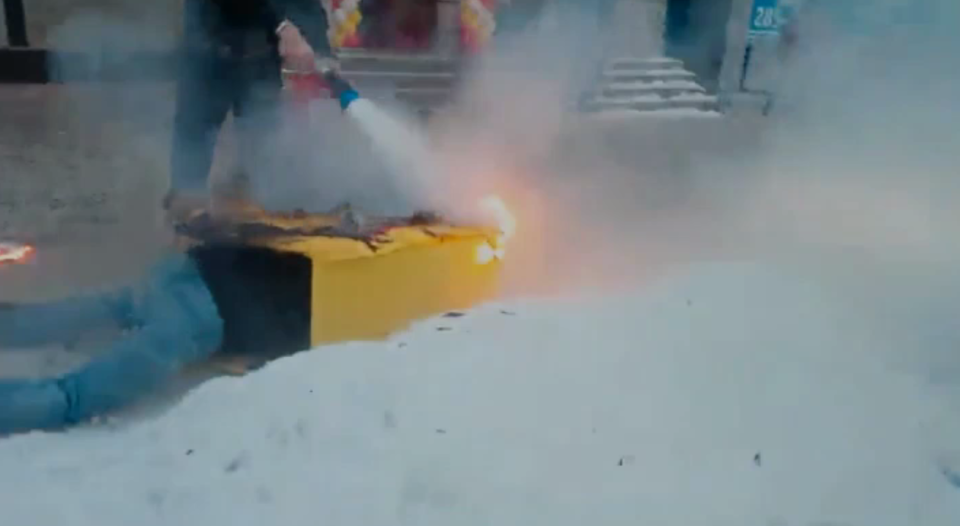 The police are investigating the incident and are reviewing the footage, which quickly went viral due to its ridiculous nature.

Some of the more cynical viewers believe it was a publicity stunt staged by the two men as a way to bring more attention and traffic to the fast food chain, but I think even for Russia, lighting someone on fire is a bit too far for a “stunt.” I’m more inclined to believe they were both just fighting for the same advertising space.