In some families, you know life is going to be hard. You know you’re gonna share a room, or a favorite sweater, etc. But no child should have been forced to do what her parents made her do – and filmed the whole, vile, disgusting thing[1]: 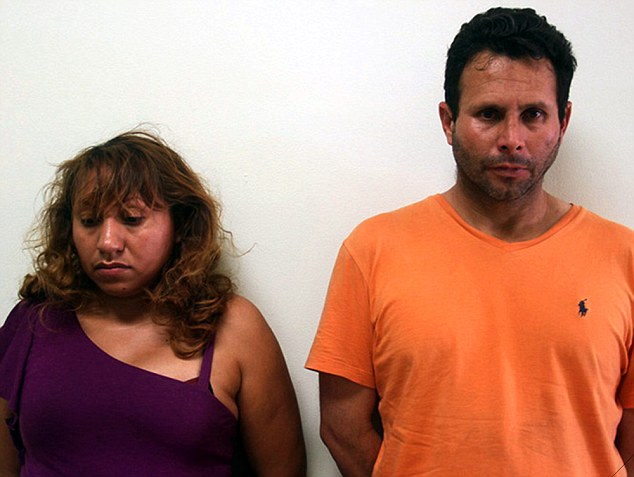 A Mexican couple have been arrested and accused of forcing their own 12-year-old daughter to have sex with a stranger while the mother filmed the rapes.

Lorena Isela Cortinas and the girl’s father, Ricardo Navarro Allende, are said to have subsequently attempted to sell the tapes to a paedophile ring in their home town of Ciudad Juarez, Chihuahua.

In an attempt to defend their behaviour, Cortinas reportedly claimed that she and her husband had allowed the man to rape their daughter because he promised to buy them a new house and van.

The alarm was raised by the child’s grandmother who reported the couple to the local police.

She told them that it had come to her attention that her granddaughter was being filmed having sex for money with a man at a hotel in the town.

The Special Prosecutor for Attention to Women Victims of Crime has accused the couple of forcing their daughter to have sex and they are now in custody pending charges.

Allende and Cortinas are accused of organising the clandestine meetings at a hotel several times over the past few months.

Police say the mother usually recorded her daughter on video with the man having sex and occasionally also took pictures of the girl naked.

The mother claimed that the man had promised them a van and a new house if they co-operated.

A spokesman for the Mexican police said: ‘We are investigating whether the family was part of a gang or a network trafficking in child pornography.’

It is not known whether the man filmed having sex with the 12-year-old girl has been arrested.

I hope that this little one is taken as far away from these horrible parents as possible, and that a real family that will love and protect her can take her in. This isn’t fair that a young child should have to be exposed to such depraved, disgusting behavior – much less than at the hands of her parents. I hope they get their rewards in jail, serving the maximum sentences allowed, in spades.