Wow, this is a pretty harsh shot at Obama[1]. 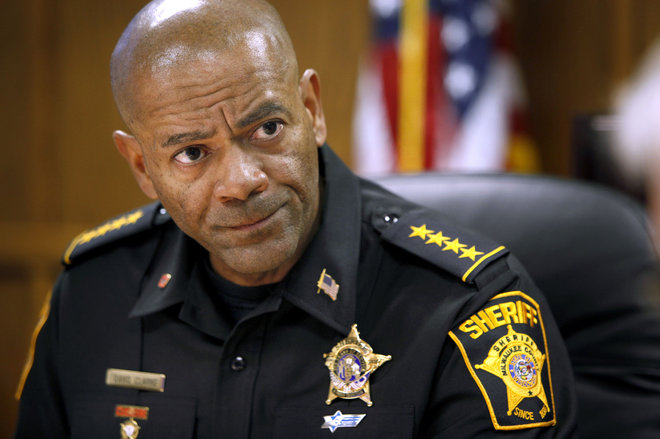 Milwaukee County Sheriff David A. Clarke Jr. is suggesting that President Barack Obama encouraged rioting in Ferguson, Mo., in the wake of a grand jury’s decision Monday not to file criminal charges in the fatal police shooting of Michael Brown.

Clarke made the comment in an interview Tuesday afternoon on Fox News’ “Your World with Neil Cavuto.”

If you notice, liberals have been generally trying to stir things up in Ferguson, not calm them down. That’s because liberals believe it serves them to have black Americans angry, alienated and generally upset. There are visions of, “Vote for Hillary Clinton to prevent another Mike Brown” going through their heads. Plus, riots can be used to justify new government program, new commissions, new studies, new departments — more government. If a few people get killed, a few businesses get burned and Ferguson never recovers, well that’s a small price to pay.

So, did Barack Obama actually go so far as to ENCOURAGE rioting in Ferguson? I don’t know that I’d agree that he did, but I do think it’s fair to say that he’s probably not all that upset that it’s happening and he’s certainly not making much of an effort to calm things down.