Drug lord Joaquin “El Chapo” Guzman[1] has been captured once more by Mexican authorities after being on the run for seven months since his last escape. Frankly, I didn’t think they’d catch the guy, but they did. Good. El Chapo controls one the richest, most violent drug cartels in Mexico and he has a special hatred for Donald Trump. The Mexican Navy[2] said in a statement they released that acting on a tip, they raided a home in the town of Los Mochis before dawn. Gunfire erupted from inside as they descended on the home. Five suspects were killed and six others were arrested. The marine’s injuries were not life threatening. Two armored vehicles, eight long guns, one handgun and a rocket-propelled grenade launcher were also seized in the raid. 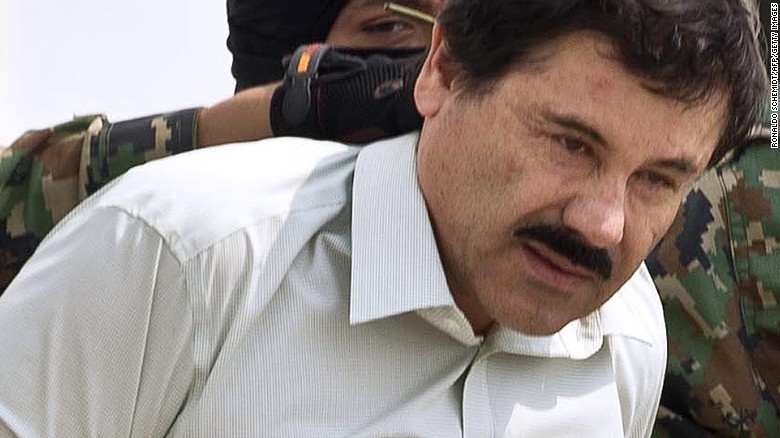 “Mission Accomplished,” the President wrote. “We have him.”

Nicknamed “Shorty” for his height, Guzman has escaped twice from Mexican custody. The first was from a maximum-security prison in 2001 when he reportedly hid in a laundry cart.

The latest instance came when he broke out of another maximum-security prison in Almoloya de Juarez through a mile-long underground tunnel in July.

In October, authorities revealed they were hot on Guzman’s trail, only to have him slip out of sight, though not before apparently breaking his leg. Authorities say that last fall 34 people were detained in connection with Guzman’s breakout last year, including the drug lord’s brother-in-law. The Sinaloa cartel chief’s high profile and ability to elude authorities has been held up as an example of Mexico’s reputed ineptitude in dealing with powerful drug cartels. The breakout also spurred major criticism about the Mexican government’s ability to safeguard such a notorious criminal, with some saying he should have been held in the United States. I have no doubt that he will still run his drug empire from prison until the next time he escapes. Or he will have his son oversee the family business. This is not the end of El Chapo. I think it is intermission time.