There’s been a horrific murder spree[1] in Mississippi starting last night and ending early this morning. Eight people were killed including a sheriff’s deputy. Cory Godbolt has been arrested in Bogue Chitto, Mississippi and he has been charged with eight counts of murder. A homeowner had called the police to get Godbolt removed from his property. When the officer got there, Godbolt shot and killed him along with three others. He then fled to two other places, killing more people as he went before he was finally apprehended. This followed a manhunt by several police agencies.

The police say they do have motive here. At the time of this writing, no one has been identified yet, pending notification of next-of-kin. When asked why he did it, the guy said it was because he loved his wife and children. He said he didn’t deserve to live after what he did. On that point, we agree. Godbolt said he was talking with his wife and members of her family when somebody called authorities and that set him off. 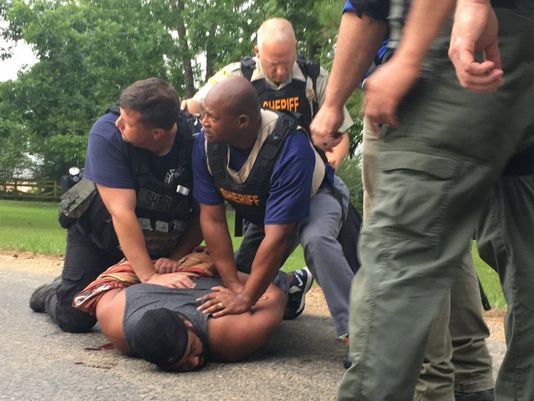 Cory Godbolt, of Bogue Chitto, Mississippi, has been arrested and charged in the murder of eight people, including a sheriff’s deputy.

The Clarion-Ledger reports[3] that Godbolt’s murder spree started late Saturday night when a sheriff’s deputy responded to a homeowner who wanted Godbolt removed from their property. He was arrested this morning after a manhunt involving several police agencies.

Godbolt allegedly killed that sheriff’s deputy and three others at the scene before moving on to two other locations in Lincoln County, Mississippi, killing at every one. It’s not clear whether the attacks were premeditated, though police say they’ve identified a motive.

No victims have been publicly identified yet, likely pending notification of next-of-kin.

The Clarion-Ledger interviewed Godbolt, who says he committed the murders because he loved his wife and children and Bogue Chitto.

“I ain’t fit to live, not after what I done,” he said after his arrest. The newspaper recorded video of the suspect talking as he sat with hands cuffed behind his back on a roadside surrounded by law enforcement officers.

“I was having a conversation with her stepdaddy and her mama and her, my wife, about me taking my children home,” the suspect says on the video. “Somebody called the officer, people that didn’t even live at the house. That’s what they do. They intervene. They cost him his life,” the suspect said, apparently in reference to the slain deputy. “I’m sorry.” How dare he say he’s sorry, like it was a mistake. He deserves to be put down over this.

Goldbolt did not intend to be taken alive. Sucks to be him. Although, I would have been very cool with him not living through this. “My intentions was to have God kill me. I ran out of bullets,” he said. “Suicide by cop was my intention.” According to a news release from Mississippi Bureau of Investigation spokesman Warren Strain, the shooting spree began at about 11:30 p.m. with a domestic call at 2871 Lee Drive in Bogue Chitto. Four bodies, three females and the deputy, were recovered there. The second crime scene was located at 1658 Coopertown Road in Brookhaven. The bodies of two juvenile males were located there. The third crime scene was located at 312 East Lincoln Road. A male and a female were recovered at that location.

Lincoln County Deputy William Durr, 36, was a two-year veteran of the Lincoln County Sheriff’s Department and a four-year veteran of the Brookhaven Police Department. My thoughts and prayers are with his family and his fellow officers today. He will be missed. Gov. Phil Bryant issued a statement asking for prayers in the aftermath of the tragedy. “Every day, the men and women who wear the badge make some measure of sacrifice to protect and serve their communities. Too often, we lose one of our finest. I thank the law enforcement agencies involved for their hard work,” Bryant said. And every day we should thank our lucky stars these men and women protect us. This is just sad beyond belief. 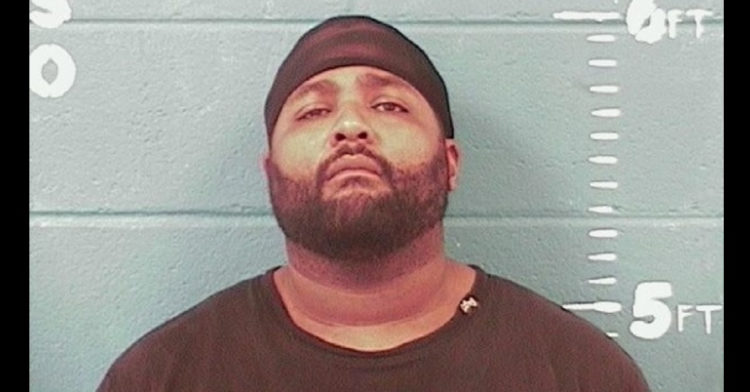