Mob of Millennials Trap Girl On Train, Shows a Sick New Use For Earbuds

What would happen if someone was attacked in front of a crowd of people? According to the bystander effect, nothing — people are less likely to intervene if other people are also around. One 19 year-old woman experienced this firsthand after two people brutally attacked her and the people around her did absolutely nothing[1]. 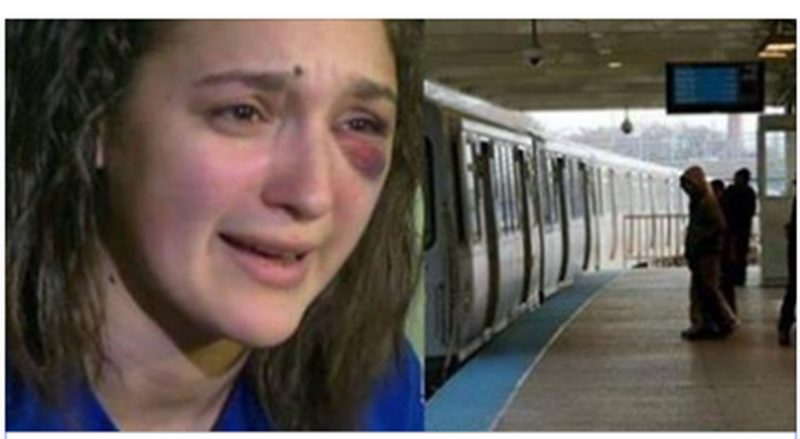 Jessica Hughes is a student at DePaul University in Chicago and was riding the Blue Line home to Berwyn. It was 10:00 in the morning, a time when most people would assume that riding the train would be safe. At one stop, most of the passengers got off the train, but Hughes soon realized something was not right: one man moved into the seat right in front of her and looked straight at her.

Before she could react, the man attacked her. “He jumps up from his chair, and goes on top of me, and asks me for my phone, but my phone was in my pocket, and I had my headphones on, so he was yanking at my headphones, and then he pushed me to the floor, and then started beating on my head,” she said. “He bit me on my left hand.”

She screamed for help, but the other men on the train ignored her pleas and the assault continued unabated. “They just watched,” she said. “I feel like people just don’t want to get involved.” No matter how much she cried out, no one intervened. “He kept beating on me,” she continued. “I’m yelling help to the other people and no one came.”

Hughes’ attacker was with a woman and eventually, they left — without her iPhone. The entire assault was captured on security cameras, which was reviewed to find Hughes’ attackers. Dwayne Mills, 25, and Chitonia Shorter, 18, were both arrested and charged with felony robbery. But what makes this so disturbing is that a young girl could be the victim of such a violent crime and no one would do anything to help.