Gage and Debra Roberts live in California and they are both 22 years-old. They have had three babies[2]. Two of them are dead. And one of them is only a week old. The couple were arrested last Friday for the murder last year of their second child, Crimson Roberts, who was just 18 days-old when he was found dead in April 2016, in the motel room where the couple was living. Crimson died one day after the couple had been cut off from aid they had been receiving from the Mormon Church. Law enforcement authorities, who have said they have evidence that indicates Crimson’s death was not an accident, chose to arrest the couple last week for his murder only hours after Debra gave birth to their third child, perhaps fearing for the child’s life, given the parent’s history. 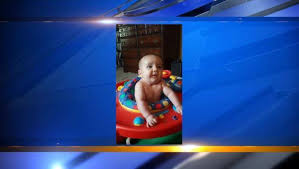 Because the couple has been charged with the smothering murder of their second son, the death of their first son, Camden, at six months-old, almost a year earlier in Topeka, KS, and initially ruled to be caused by Sudden Infant Death Syndrome, is being looked at again. The similarities between the deaths are striking.

We live in a culture that celebrates the “right” to kill babies in their mother’s wombs. The difference between Camden and Crimson, and an unborn baby that can be legally dismembered and thrown away, is a few months. When we spread the idea that just because a life hasn’t made it out of the womb, it’s disposable, then this is one of the potential results. People like Gage and Debra Roberts end up allegedly killing their own child and appear to believe their children have no value. It’s almost as if this couple may be using murder as birth control. Both parents have predictably blamed each other for the death.

Camden and Crimson deserve justice. They deserved better than these two evil parents. They deserved a chance at life. But that was taken away. And when the law gets to the bottom of it, we will see who committed that heinous act. And when that process is complete, we can only hope that the perpetrators will pay the price for this evil act.