Evil takes many forms, and Linda Weston is surely one of them. This monstrous woman has just been given a life sentence for keeping a group of mentally disabled adults chained like animals in her boiler room, starving and abusing them, and even forcing them into prostitution. 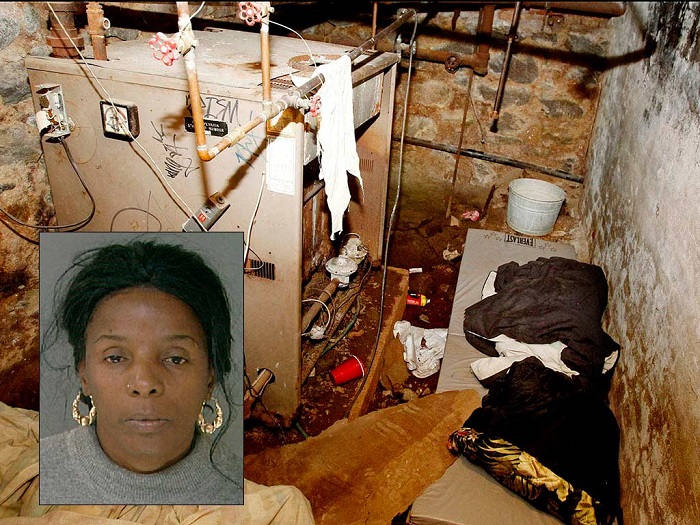 A woman who kept mentally disabled adults captive in the basement of a Philadelphia home and in other states for their disability checks was sentenced on Thursday to life in prison.

Linda Weston, 55, apologized during the hearing, saying: ‘I believe in God and God knows what happened.’

U.S. District Judge Cynthia Rufe replied that: ‘There are a lot of people in this courtroom who know what happened too,’ according to Philly.com.

Weston pleaded guilty in September to all 196 counts against her that also include kidnapping, racketeering conspiracy and murder in aid of racketeering, hate crimes, sex trafficking and fraud. Two women she held captive later died.

In exchange, federal prosecutors agreed to recommend a life term. Her lawyers have said she wanted to plead guilty in the interest of her children.

… The victims, who eventually totaled six disabled adults and four children, were often sedated with drugs in their food and drink, sometimes deprived of food and medical care and forced to use buckets for bathrooms, authorities said.

‘When the individuals tried to escape, stole food, or otherwise protested their treatment, Weston and others punished them by slapping, punching, kicking, stabbing, burning and hitting them with closed hands, belts, sticks, bats and hammers or other objects, including the butt of a pistol,’ prosecutors alleged.

Weston forced two female victims into prostitution to earn more money for the family when they lived in Texas and Florida, authorities alleged.

Two other defendants have pleaded guilty in the case and two others are awaiting trial.

A story like this is so horrific that it literally hurts the soul to read it. What makes someone so evil that they would do something so horrific?