Mother Brutally Tortures Son, Forces Him To Sleep In Feces And Burns Genitals With Curling Iron!

If Chicago isn’t hell[1], it sure could pass for it. A mother there allegedly tortured her seven year-old son for two years and it was brutal. Caroline Woods, 24, would make her little boy sleep in a closet in the bathroom fouled by feces and urine for long periods of time. She has now been denied bail by a judge horrified by the level of abuse the poor child was put through. The child was found in a pull-up diaper running along a freeway last weekend. The only reason you would put a seven year-old in a diaper is if you imprisoned him and didn’t want him coming out of wherever he was. This mother is a monster.

Woods and her boyfriend would beat the child with an electrical cord, a bat or a pole. I’m surprised the child survived. They took a curling iron to the boy’s genitals for cripes sake. The child was covered in cuts, bruises and wounds. He had a gash above his left eye when they found him. They practically starved the little one to death. Calling these people depraved is to seriously understate how evil they are. 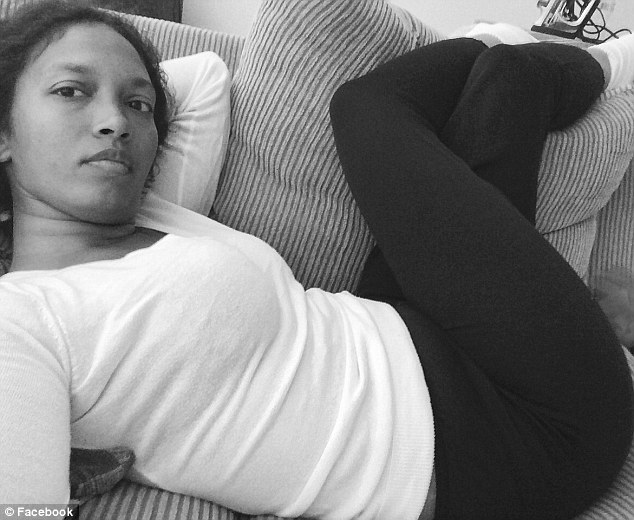 A Chicago mother has been arrested and charged for allegedly torturing her seven-year-old son for two years.

Caroline Woods has been accused of making the youngster sleep and go to the bathroom in a closet strewn with feces during the horrific abuse.

The 24-year-old was denied bail and castigated by a judge on Thursday for the alleged treatment of her child, who was found running along a freeway in a pull-up diaper at the weekend.

Police say the boy was covered in cuts and bruises, malnourished and bleeding from a fresh wound above his left eye.
‘These are depraved acts,’ Judge Adam Bourgeois Jr. scolded Woods. ‘You are a danger to society.’

As punishment, they would make the little boy sit on a hot stove. I’m so furious over this, I could scream. These people should be executed for this kind of behavior. That poor little boy. When a doctor examined the child, he said he had never seen so many injuries on a human being… EVER.

Woods has been charged with aggravated battery to a child and aggravated battery using a deadly weapon. Prosecutors are alleging that Woods and her boyfriend, who they have not ID’d or taken into custody yet, abused and tortured the child for two years.

The child was not allowed outside and would be fed at irregular times. When he was fed, it was typically cans of okra or protein shakes. He must be horribly malnourished. The boy and Woods’ two year-old daughter have been put in protective custody. Thank the heaven’s above for that mercy. I pray that the justice system is swift on this one and that they nail both the mom and her scumbag boyfriend over this. Some people should never be allowed to have children. 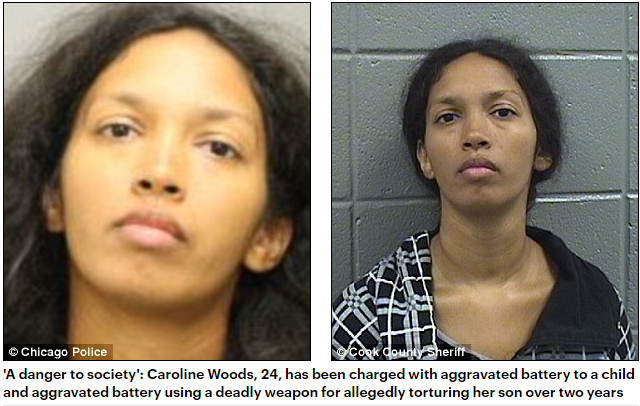