A New York woman apparently hid her pregnancy from her boyfriend, gave birth in his home and then tossed her newborn baby girl out of a window to die of blunt force trauma has been arrested or murder and manslaughter charges. Don’t worry, there’s a special place in hell for you too[1]: 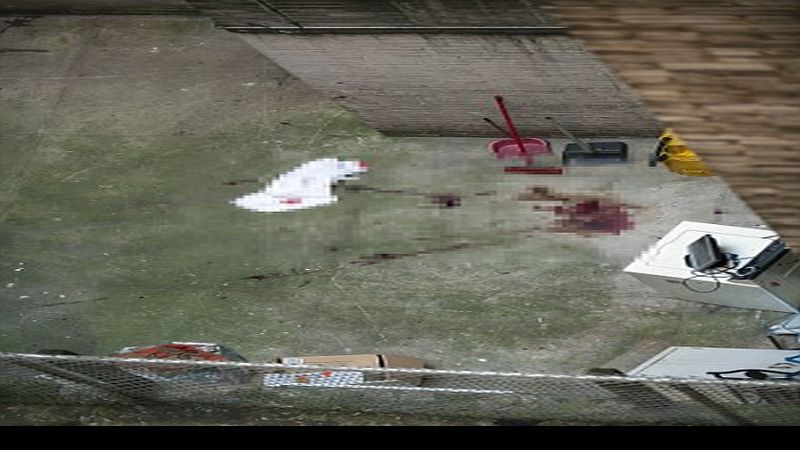 Police officers said they found Jennifer Berry’s infant daughter with her umbilical cord still attached in a courtyard of her boyfriend’s Bronx apartment building on Monday afternoon. They had responded to the building after receiving a call that an infant had fallen from a window.

Berry – a former child welfare worker – who is 33 years old and lives in nearby Yonkers, was being held Tuesday in police custody pending her arraignment and couldn’t be contacted. It was unclear whether she had an attorney who could comment for her.

Witnesses told the New York Daily News that her eyes were dead when she was taken away from the 52nd Precinct station on Tuesday.

‘It was more like (she was) not human. She was deranged, like she was lost. You know, when someone has a look in their eyes like they don’t know where they are?’

Berry’s boyfriend told police he was in another room when the baby was born and when the baby plunged from the window. He told investigators he didn’t realize either event had occurred and had no idea his girlfriend was pregnant, officials said.

Giovanni Johnson, 28, who had been in a relationship with the 33-year-old for around a year and a half, said that he had been under the impression she’d had an abortion.

‘I didn’t know (about the pregnancy),’ he told New York Daily News. ‘I didn’t know any of this. I’ve been cleared of all charges.’

The investigation found the newborn infant was alive when she plummeted from the window.

This kind of crap makes me both sad and angry. Who would do this to a baby? Obviously, Jennifer Berry, but still, there is couple after couple waiting to adopt. There are people who can’t get pregnant or would love to have another baby. This senseless killing of an innocent little girl just ripped my heart out. May she rest in peace.