Mother Is FURIOUS Ex Has New Girlfriend, Makes Him Watch Her Doing THIS To Their Child…

No, no, no, no, no! Shocking video revealed the most horrifying abuse. It makes you wonder what this Houston-area woman was thinking filming herself placing a plastic bag over the head of her one year-old son. This 23 yr-old woman, Jamelle Peterkin, said she did it because she was upset with the baby’s father…. 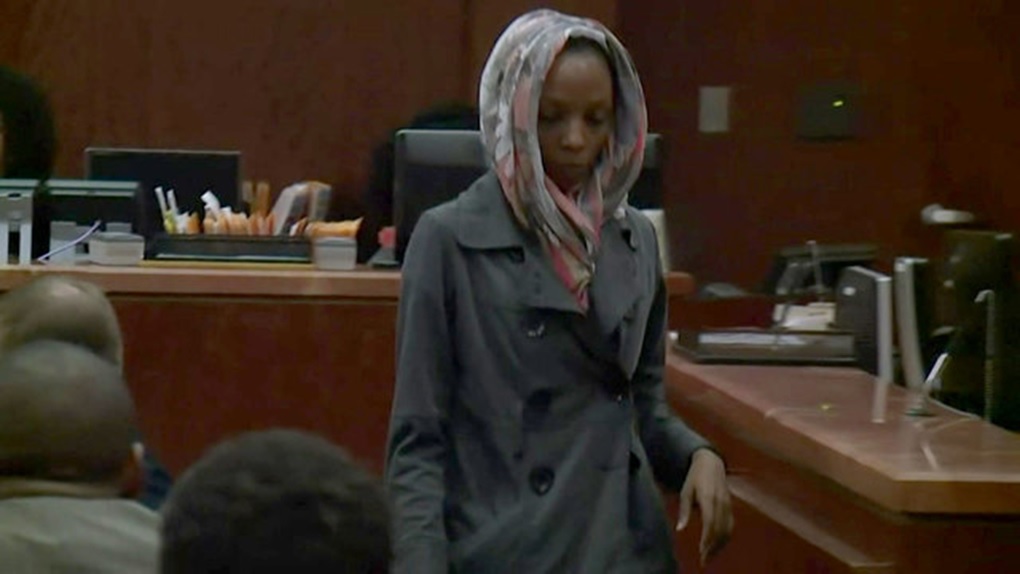 Peterkin sent the videos to the boy’s aunt, Ra’Neicha Broadnax. Broadnax said that in recent days she received an increased number of videos and pictures from Peterkin showing the child being slapped and even holding a lighter to his fingers.

It was reported that Peterkin stuffed a plastic bag in the baby’s mouth and covered the child’s head with a plastic bag and tied it in a knot just last month.

At an interview with police, Peterkin told officers that she did it because she was upset with the baby’s father. She pulled into a parking lot off Eastex Freeway and took horrible pictures and video abusing the baby and sent them to her ex-boyfriend.

Peterkin was ordered to stay away from the baby and not go within 200 feet of the child. And the worst part is that this selfish millennial started to cry as the judge read the terms of the protection order. Behind her snowflake tears she explained to the judge that her mother was picking her up from jail and would have the baby with her. She had the gumption to ask the judge if she had to find another ride.

“You’ll have to find someone else (to pick you up), because if you get within 200 feet of the child while this order is pending, she’s going to have to bring that child to 701 San Jacinto to visit you because you’re going to be in jail,” the judge said.[2]

WARNING: The footage of child abuse below is disturbing:

In John Hawkins’ new book ‘101 Things Young Adults Should Know’, he advises young adults to not put anything on social media they would be uncomfortable with the whole world seeing. The saddest part is this lady probably felt fine about it and not smart enough to learn lessons on how to be a good adult in society. Don’t let the young adults in your life become loser adults… get them this life manual: