In Germany[1], a woman who is a mother to a nine year-old boy has taken to social media to tell the story of how Muslim immigrants beat and choked her son during a soccer match. They ranged from 14 to 17 years in age. The child’s injuries were so severe, he had to be taken to a hospital. Now, the child won’t leave his house at all and is terrified. This didn’t end with the nightmare of this woman’s son being beaten. The boy’s father apparently confronted his son’s attackers and showed a gun to intimidate them into leaving his family alone. Finally, the parents complained to the police about what happened, but the German police did virtually nothing about the attackers and instead, they attacked the father for trying to stop the harassment. That is how it is in Germany these days. Muslims are protected at all costs even when they have obviously committed the most heinous of crimes. Germany is for all intents and purposes ruled under Shariah law now and is a conquest of the Caliphate. 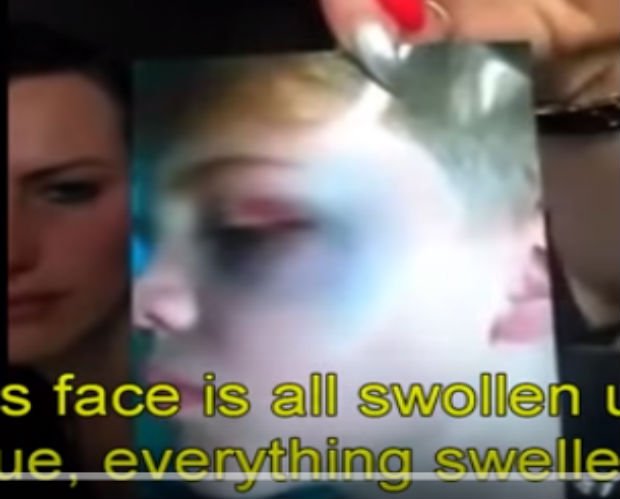 The migrant situation in Germany has become increasingly more dangerous[3] as the Muslim migrants clash with Germans over cultural differences.

Several reports of violence, including rape[4], have come from Germany and other parts of Europe that have welcomed millions of migrants from the Middle East as “refugees.”

Now, another report of violence involving these migrants has surfaced, and this time it involved a 9-year-old child whose mother has taken to social media to let the world know exactly what happened.

The police told the mother her report would not go very far and dismissed her. Germany has spiraled out of control. The authorities no longer protect the citizens there at all. The Islamic invaders who they let in their borders set up shop and took over. It was all predictable and the leaders there knowingly welcomed the influx. They do not assimilate or integrate… they conquer. They have no desire to live peacefully among the Germans. They intend to subjugate and enslave those they don’t convert. Rape is rampant and violence is the norm there now. It’s breaks your heart as the mother shows the pictures of her beaten and bruised little boy. As she tells of government backed agents harassing her family, it confirms that Germany has lost its country to these Muslim invaders. Giddy up, because America is about to experience this firsthand.